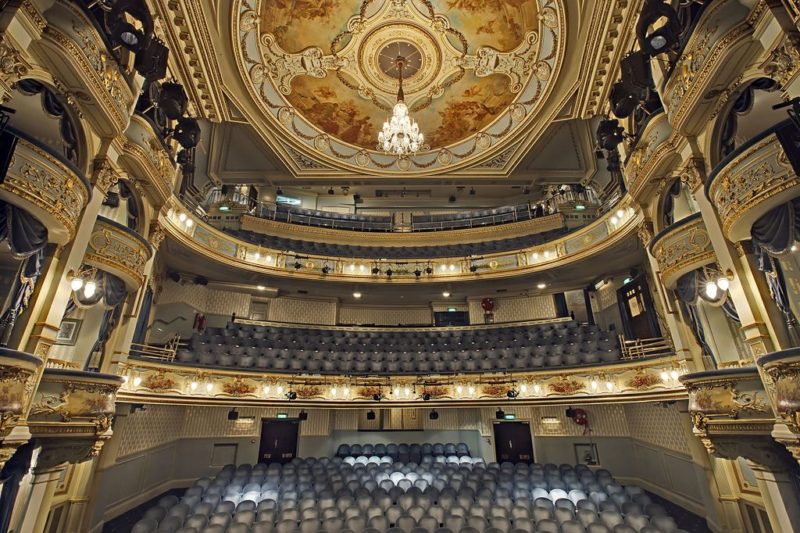 I love walking around the West End theatre district of London. Legendary musicals (Les Mis, Mama Mia, Wicked) rub shoulders with little known productions and short run plays. Discovering gems in small theatres snuggled up in narrow lane ways is always fun. So it was when I came across The Starry Messenger  a play by Kenneth Lonnergan. He has written Manchester by the Sea which was a film starring Michelle Williams and Casey (not Ben!) Affleck, which is a film I loved for its slow paced gritty storyline. This play is a redrafted revival of that film. 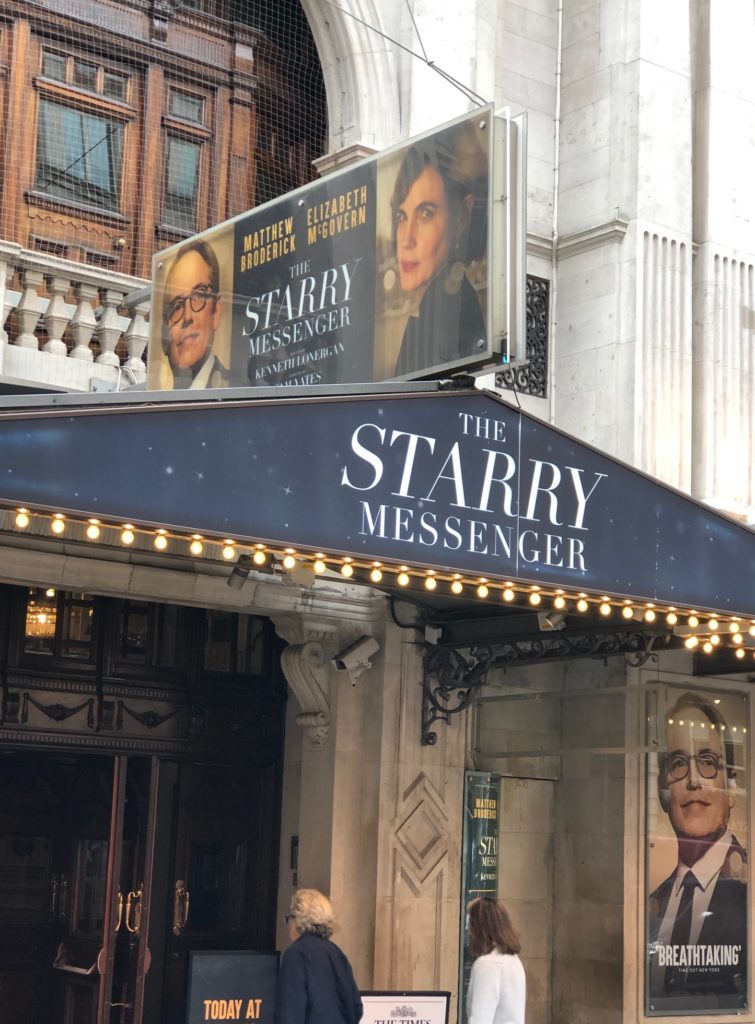 At the Wyndams Theatre last week I saw, The Starry Messenger starring Elizabeth McGovern and Matthew Broderick. McGovern is probably best known for her role as American lady of the manor in Downton Abbey. Matthew Broderick is an established film actor and married, last time I checked, to Sarah Jessica Parker.  The night was looking good apart from the $200 last minute ticket.

Going to the theatre in London is still a special event. The Wyndams is magnificent and people still dress for the theatre and treat it as an occasion. No jeans in sight but women turned up in  summer dresses and cardi’s. Men were suitably suited. A 7 pm start after bubbles at the bar and canapes…so nice. The mid week crowd mainly retirees out for the night or professionals catching a play date after work.  The theatre is magnificent and I took my seat on the second level balcony. 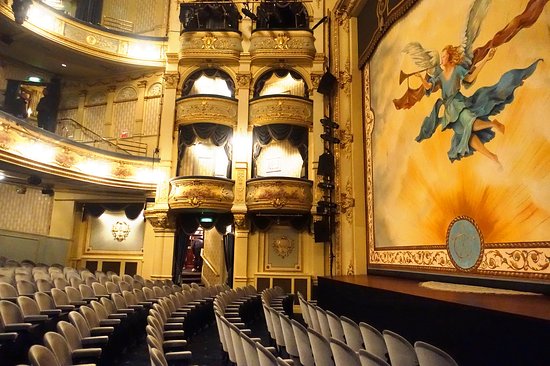 The story? Matthew Broderick plays a lecturer in astronomy at the New York planetarium. He’s having a mid-life crisis. Elizabeth McGovern  plays his souless, rather dull wife. Anyway it doesn’t take much insight to know he’ll have an affair… standard plot….. with Angela, the mother of one of his students.. a Latino fire-cracker. The story is essentially a slow grind about infidelity, parenting, ambition and lost love.  Mc Govern is excellent as the brittle but painfully unaware partner. Broderick is also very good in portraying the slow, insistent betrayal of midlife hopes and dreams. But the script is turgid and you just want them to get on with it. Half the time- twice the impact would have been a good rule here!

Even so, the experience of live theatre in such an amazing setting was memorable. After the show crowds swarmed into the Leicester Square/ West End and there was a sense of fun and stories told as crowds with different theatre experiences mingled. Cabs hailed, dinners arranged, bars full. The vibrancy of London even in spring showers, never fails. Another great night in London Town!