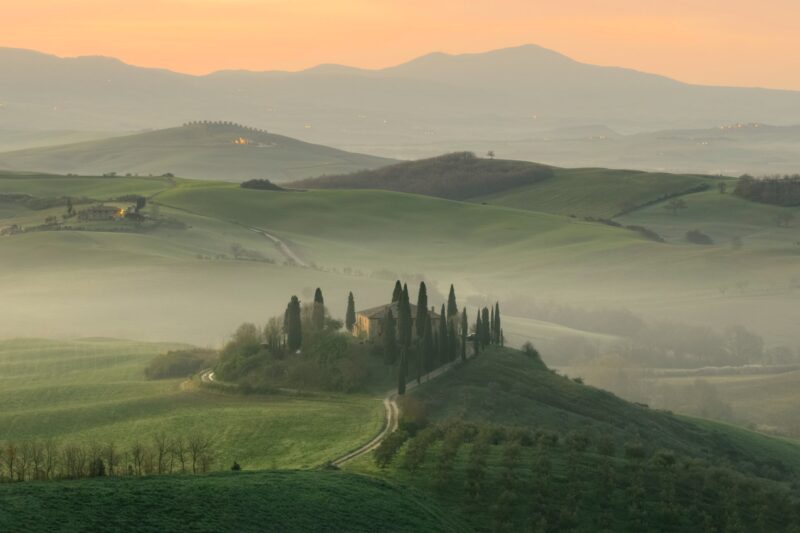 Qantas just sent me an email to say that if I can provide evidence of my double Covid vaccination they would give me 1,000 frequent flyer points! Yoo Hoo! Along with the 50 points I already have I cannot actually fly anywhere, but I’m on my way…soon! Oh and no one is allowed to leave Australia yet. Hmmm..maybe next year!

So, from my armchair I remember trips made most recently in 2019. But today I’m going way back to a year I spent living and studying in Italy in the late 1970’s.

In 1978 I was in love with life and Him. I was (am) a feminist, finding my voice, dressing the part but unsure what the part was exactly.  On the outside I was a confident, cool, lefty activist and on the inside a deer caught in the headlights. But this was the era of challenging everything, being open to experience and I had the naive idea that I could change the world. I was deeply involved in teacher politics and the peace movement and He was a charismatic hero  leading the revolution who, incidentally was interested in ME! He was all I was not..(or so it seemed)….. confident, articulate, a politician in the making. He was a great educator, musician, tennis player. In my eyes he excelled at everything. What’s not to love. I was a young teacher with a lot to learn but unending enthusiasm.

Our love was intense and passionate and then he announced he had won a scholarship to complete a Master’s degree in Italian at a very famous university in Perugia. Italy. He would be leaving in 8 weeks and he said that I should enrol in the same university and come with him. We would be away for a year, living in an Etruscan city in Umbria famous for wine, truffles and Perugina chocolate!

Uproot my teaching life in the poorest suburbs of Melbourne, where most of my students followed their career path to Pentridge prison? Abandon the Victorian terrace house I had just bought on my teacher’s salary? And even more disturbing was the notion that I would abandon my life and FOLLOW a man across the world because He had won a scholarship! No way. I’d fought hard for my independence!

He left. We wrote aerogrammes to each other professing intolerable pain at not being together. He had picked up a new Mercedes in Germany that his parents had purchased, and he would use it his car for a year, bringing  it back, duty free to Australia. But I was resolved I would not follow this man.

A month later I arrived at Rome airport to be met by Him holding a huge bunch of red roses. I had taken leave, rented my house and we would be living in Italy together feasting on truffles and chocolate and making love in the afternoons! The Mercedes was beautiful but navigating the tank through narrow, winding streets avoiding Vespa scooters and Fiat 500’s was a nightmare.

He had found us a beautiful apartment in the Old Town of Perugia, close to the university in Corso Garibaldi. The building was solid stone and the streets so narrow that you knew what what being cooked for lunch in the house across the street.  You shared a washing line that was strung across the street and many conversations took place leaning out of the window as you pegged out the undies. When I say conversations……. He spoke fluent Italian and was often asked if his accent was Milanese? I knew two words of Italian…. Pizza and Ciao and my accent was definitely from Carlton, Australia.

Soon we embraced the student lifestyle of Perugia. The Mercedes was garaged and we rode a Vespa along the cobbles and under arches gasping at the statues and beauty of this Etruscan town. As poor students we ate in the student cafes, sang revolutionary songs with street musicians, debated politics over cheap wine and embraced Italian life fully. At weekends we would all ride out to a nearby lake and picnic in the soft, gentle colours of early summer. We visited the ancient towns of Gubbio, Orvieto and Assisi, ate truffles in Todi and went to a music festival in Spoleto.  We joined thousands of visitors for the Palio di Siena which is essentially a bare back horse race held in the town. Each part of the city has their own colours and takes immense pride in supporting their rider and his horse. It’s a wonderful colourful spectacle, intense, passionate, very Italian!

While He won awards for his essays in Italian I ate cannoli and drank cheap red with my new friends. I met a French woman called Claudette who lived in Paris. She was a trust fund kid with wealthy parents and she wandered the world doing nothing in particular, although she had studied at the Sorbonne. She was dating a local Umbrian medical student with a voice of velvet and sapphire eyes. After weeks of walking on the wild -side we decided to get in touch with our adult selves, and enrolled in a 6 month Italian language and culture course at the University for Foreigners… It sounds better in Italian…… Universita per Stranieri di Perugia. The university was housed in a palace, Palazzo Gallenga Stuart and as we entered the halls of learning I was utterly overwhelmed by the beauty of this building.

Once you entered these halls of learning everything was in Italian. My two words germinated into 50 and then more. I studied hard, while Claudette studied her suntan but with the same outcome. We had a smattering of Italian and knew all the swear words,but we somehow got by until the men in our lives arrived and took over in fine Milanese and Perugina accents!

Lessons were formal and focussed on grammar rather than conversation, so it was in local bars and shops that we practised our Italian skills. Until one day we were invited to join the local student drama group. This was a life changer. The group was funded by the Communist party of Italy which also ran the student cafe, the local laundry and sundry arts festivals.  The group were largely foreign students from UK, Spain and Norway and life and fun expanded exponentially. Our play was written by a class mate. It was appalling. It featured a turgid, didactic plot line, heavy handed metaphors and characters that all seemed to have a break-down and throw themselves to the ground mid sentence. The main message was that society was doomed.

Despite the gloom of our material, rehearsals were great fun and I skipped many classes at the university in the name of art. The script was in Italian but when lines were forgotten, improv. was in any language you wanted to speak. I had a walk – on part as a villager and as a protest at having no speaking part, I would wail and howl very loudly when the hero was being beaten by the mob. I’d also improvise with ” Sod off you bastards.”

Our days were full with rehearsals  and our gala opening night was imminent. We took over one of the magnificent halls at the university which quickly adapted to a grand theatre. I was on the door, doing make-up, and starring in the third act. Collette had managed to get a major part and was very nervous on opening night.  To ease the anxiety we all went out for a long Italian lunch that day and siesta took us through to 5pm. Showtime was 8pm but we had to be at the “theatre” by 6pm for warm-ups etc. Claudette had taken Valium and wine all day to ease her nerves. She was a mess. The man with the sapphire eyes was called to support her, and due to his medical training (year one) to try and make her less comatose. When showtime came I abandoned all previous roles and my primary role became pushing Claudette on stage at the appropriate time while whispering her lines as I stood in the wings. What a night!

Somehow the play went down well and the ” season” ran for 3 more nights. We celebrated well for longer than the season ran!

Weeks later, I remember sitting on a hillside with Him overlooking the city walls, in that soft, golden light that only Italy knows. It was summer break soon and we would be leaving our world in Perugia to travel across Europe using the Mercedes as our campervan. We’d say good bye to Claudette and the whole international group of students we’d met on this adventure. We sat together in silence and awe. No words were needed as we shared the knowledge that this was absolutely extraordinary, and  would fuel memories that travelled with us for many years of our lives.

Note: The University was founded in 1925 and is still offering language and culture programs for foreign students in Perugia.