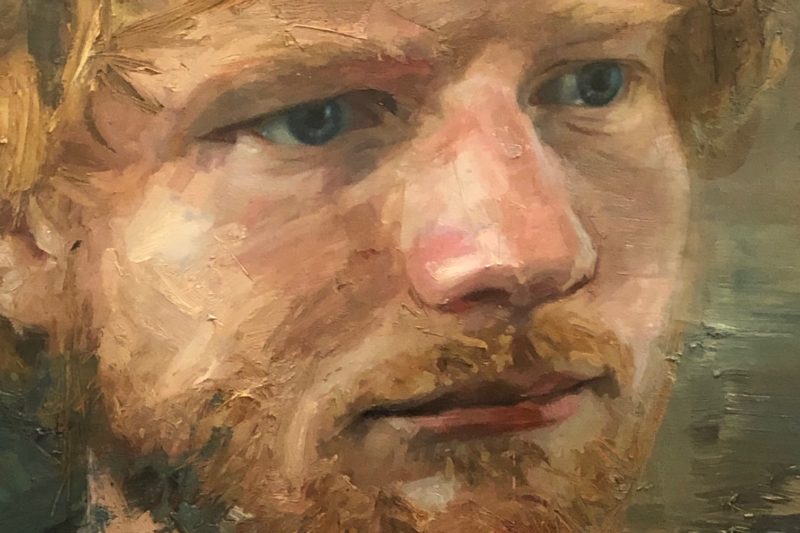 ICONIC is a big word but some photographs in particular, saturate the consciousness. They give memory to a time in history, a person of fame, an indelible image that stays with us long after our eyes have left the photograph. All art has that power if it is good art and if the connection is made to the  emotional states we share as human beings.

My recent wander into the National Portrait gallery in London ignited that sense of ” Ah..I know this…” because I saw an image that I grew up with. It’s a ” mind the gap” experience of “I know this photo but will it still feel fresh and exciting?”

In most cases the paintings and photos I found in this gallery were very familiar but still provoked a sense of awe, sadness, delight and recognition. It was wonderful to remember, revisit and re-experience these images and find new paintings that are so staggeringly beautiful. I’m thinking of the Ed Sheerhan portrait by Irish painter Colin Davidson.(main image) The musician’s pensive mood is captured so beautifully with the choice of colour and brushstrokes.

This photograph of the Rolling Stones is iconic and must be the only photo of Charlie Watts smiling!

Likewise the Beatles, were the pop heroes of our times and changed the landscape of pop music in the Swinging Sixties. This photo was taken by McCullin on what was called The Mad Day Out. McCullin a famous photojournalist, accompanied  the Beatles to 7 locations in one day along with 5 other photographers. They included Yoko Ono. This photo was taken in the evening on Wapping Pier.

Other celebrities also feature at the National Portrait Gallery. I especially like this very sad painting by Marlene Dumas of Amy Whitehouse. It’s a memorial portrait made in 2011, after the singer’s death, from collected images.

A sculpture of fashion queen Zandra Rhodes, lightens the mood. It’s a glass mosaic by Andrew Logan from 1989. 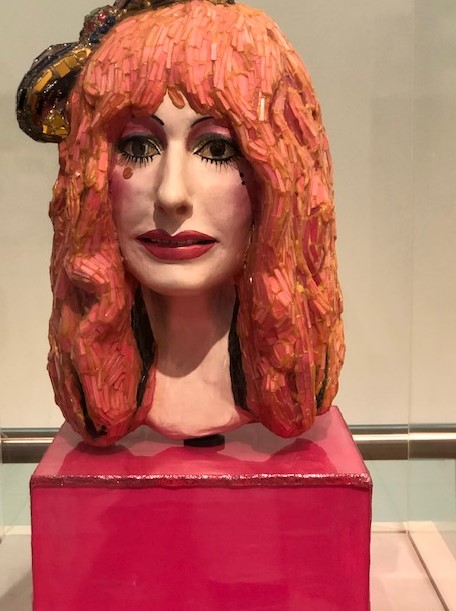 It was a wonderful interlude- a memory lane and one I will no doubt walk down again in years to come.