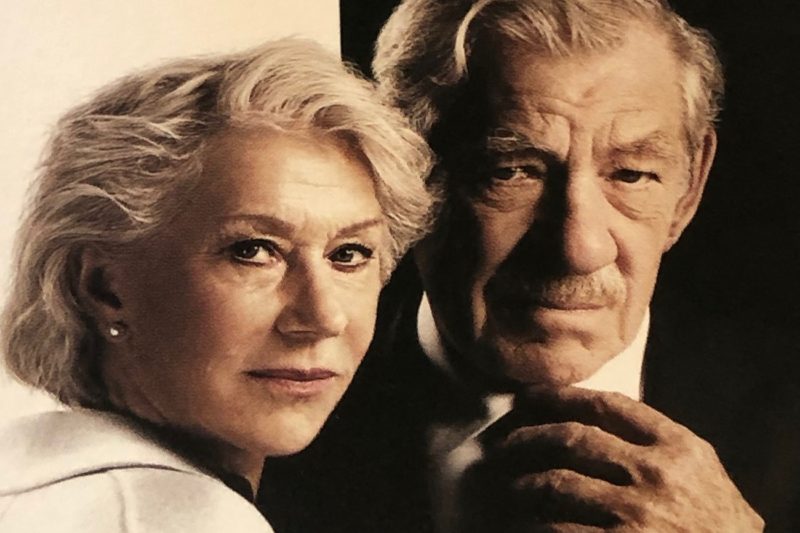 A great film to catch is The Good Liar starring  the golden names in British film, Helen Mirren and Ian McKellan. It’s an enjoyable relief from Christmas crowds and hot weather. The plot is intriguing, the acting masterful and it doesn’t demand too much emotional energy…………. the film you watch, enjoy  and forget. It leaves no mark other than enjoyment and interest while you are watching. Like all good plots there’s the superficial story of two older people and the cloudy, ugly back story that emerges. Bill Condon, the director manages to evolve both with a deft hand.

Con man Roy (McKellan) seduces Betty (Mirren) into a flirtacious friendship. He plans to swindle her out of her savings. Yet as the story unfolds we suspect that the lady is not for fleecing. She’s smarter than he thinks. Then the tone shifts as a back story emerges. Roy isn’t just a self serving old codger. He has a past as a cold blooded killer. As the plot reshapes, Betty’s story gains gravitas and she too is not what she seems.

Mirren and McKellan don’t need to work too hard on these characters. From such a wealth of experience and talent they are natural storytellers and fall into their roles with ease. The connection between them as actors is polished and refined. Mirren at 74 and McKellan at 80 years old have built their reputation on far more challenging roles. You get the sense that its their time to choose films that intrigue rather than challenge and The Good Liar certainly fits the bill. Worth a look.