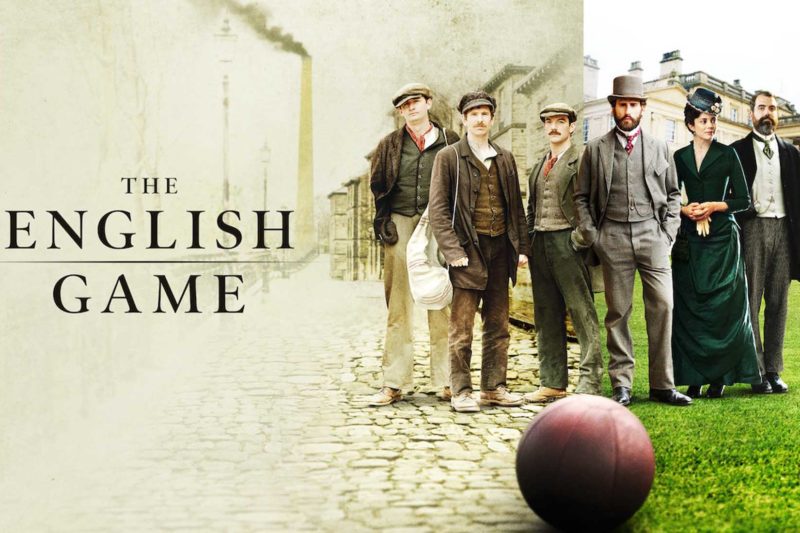 Did you see the Downton Abbey Series? I was besotted by the characters, lavish costume and sheer opulence of the drama series. It was written by Julian Fellowes who has now created The English Game that is available on Netflix. (Incidentally Julian Alexander Kitchener Fellowes, also Baron Fellowes of West Stafford is also a member of the House of Lords……as well as writer and director of this series.)

In this mini-series the focus is the origins of football as an old Etonian and Harrovian sport of the upper classes which then is challenged by teams of workers from the Lancashire Cotton Mills in the FA Cup league.  But football is only the excuse for putting the English class system and its attitudes under the microscope. It’s a beautifully written series and as with Downton Abbey, we are swept up in the intimate characterisation of the Lancashire workers, the stars of the football teams and the women who support them. It’s a tale of hardship, human resilience, intrigue, struggle and ultimately a morality tale that good, decent people always win.

The costumes and sets are exquisite. The upper class life styles reminiscent of Downton Abbey. Inter-generational struggles, power and privilege, friendship and loyalty are examined through the storytelling and characters.

It’s a wonderful series. I had to ration myself in my viewing because it was such a delicious offering to be savoured and enjoyed. Treat yourself…….