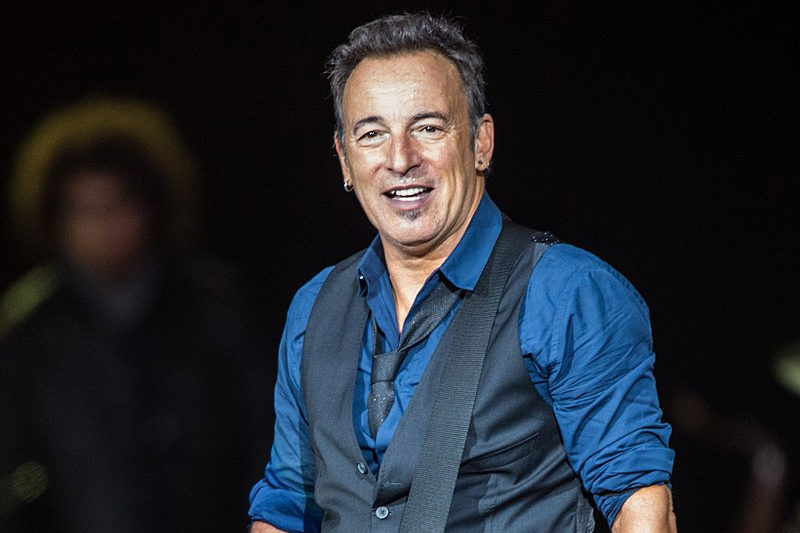 Bruce Springsteen’s music has been a fellow traveller in my life since my 50’s. I discovered him later in life than most but that discovery has a deep and joyful impact especially today. From the heart thumping rhythms, the catchy ear worm songs and the lyrics that were the poetic expression of my unspoken feelings, Springsteen seemed to have it all. His concerts are legendary. Have you see him and the E street band in action? A 3-4 hour immersion of music, dancing and a joyful connection of 80,000 people united by a history of sung stories. I’ve seen his concerts on 3 different continents over the years and he never fails to deliver. He gives his all. 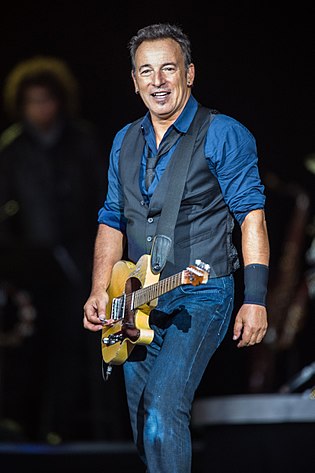 Cruising Netflix to find 2 hours distraction from the Pre- Christmas frenzy, I found Springsteen on Broadway. It’s a 2 hour 33 minute piece of performance art based on his autobiography that came out in 2016. (Born to Run.)  Prepare yourself for a deeply personal story telling of his life not the foot stamping, hard rocking concerts we are most familiar with. This is a quiet, reflective Springsteen. An older man with a story to tell of what he has learned about life, relationships, friendship, politics. The well scripted narrative is interspersed with songs on acoustic guitar and piano and a cameo appearance of his wife and musical partner, Patti Scialfa. Together they sing “Tougher than the rest” and “Brilliant Disguise” with an intimacy and kindness not seen before.

What stands out is his commitment to his musical craft, his insight and the chance to share in the story of his development from rock icon into an elder statesman of the musical world. Springsteen explores his “Magic Trick” of being a rock and roll musician with a “furious fire in your belly that doesn’t stop burning.”  He is self -reflective and tells stories of his childhood growing up in Asbury Park, difficult relationships with his father, early days on the road and the deep friendship with saxophonist Clarence Clements.

There are moments of darkness, sadness and polished wisdom. He says of his early relationship with his father, “Those whose love we wanted but didn’t get..we emulate them. I chose my father’s voice.”   What stands out is that with all his fame, money and fans’ adulation in his 60’s and battling depression, Springsteen took the steps of self- development and healing and through therapy and medication reshaped his own story. He also had the strength to talk publically about this part of his life. He is a sound role model for older men and women. It’s never too late to look deep inside and re-author your life. The “Boss” has come home to himself.

But among all the deep reflective narrative Springsteen is also very, very funny. At times, it’s a polished comedic performance with precision timing, an agile script and hilarious story telling. His account of early days travel to San Francisco to make the big time is wonderful.

“The man who would shortly write “Racing in the Street,” at 21, had never driven around the fucking block before.” This is the teaser but listen to the story. It’s very funny!

I didn’t want the show to end. It’s beautifully created and the nostalgia of so many of his songs was heart -warming. Springsteen finishes by saying to his audience “You’ve given me purpose, meaning and a great deal of joy. I hope I’ve done that for you and I’ve been a good travelling companion for you.”

I hope we all can continue travelling with this very talented man for many years to come.

Check out the performance, I think you’ll enjoy it and share below any of your stories about this great musician.