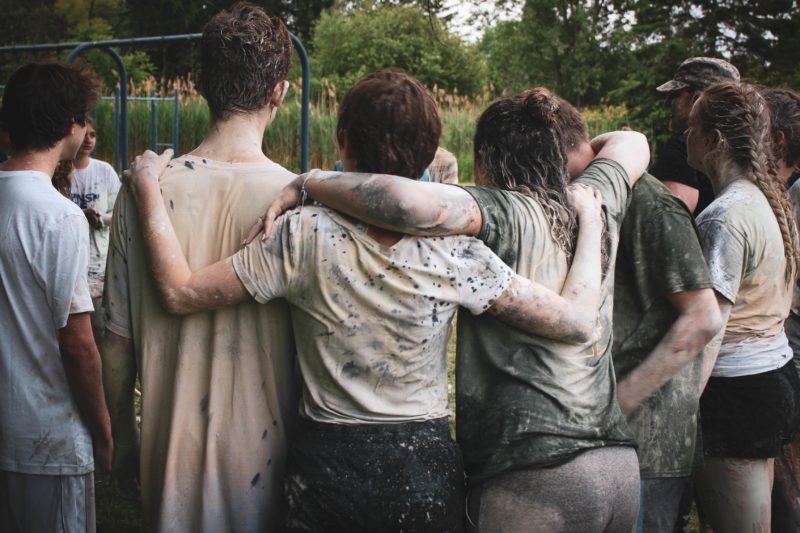 Do you remember learning about the ” birds and the bees?” or about Storks delivering babies? My mother was a midwife and her anatomy books were the source of much of my early sex education…you can imagine how well that went! I was hearing  rave reviews for a Netflix series called Sex Education and decided to check it out. Now in its second series I think its brilliant. 40 million viewers watched the first series and it has been a great success for Netflix. Critics called brazen, bold, light, funny, responsible, mature, pushing the boundaries and inspired.

If you are put off by endless talk of genitals and teenage exploration of gay sex, straight sex and just bucket loads of sex don’t look at this. But if you want to see a very funny, beautifully scripted and produced series about coming of age, 16 year olds in love, out of love, in lust and more lust, having sex and learning about relationships and life, this one’s for you.

The series has at its core a group of teenage friends somewhere in country England and captures the angst and exploration of adolescence.  The characters are beautifully created and you identify with their pain and sadness and struggle to find their identity as young people. At the centre of the story is Otis, a 16 year old, smart, socially awkward teen with an over protective mother who is also a sex therapist beautifully played by Gillian Anderson. Think a household with paintings of vaginas and phallus statues.  She’s the sort of mother whose own life is always slightly verging on chaos and who regularly asks her teenage son, ” Now Otis is there anything you would like to share with me about how you are feeling?”

There’s his flamboyant gay friend Eric whose family are supportive of their son’s search for his  identity. Eric is bullied and harassed at school until he finds his inner strength and pride as a gay young man. There’s smart, savvy Maeve who lives in a trailer park and forms a friendship with Otis. Her mother is a junkie who abandoned her and Maeve supports herself  through school. Together Maeve and Otis set up an unofficial sex therapy clinic in the school ground where Otis, articulate and well read from his mother’s library, gives out practical advice about sex and relationships to other teenagers. It’s hilarious. Maeve is the booking agent and collects the fees. There’s the Headmaster’s angry, thuggish son and we travel through his painful story to understand how fragile he is and his struggle to fit in. There’s the swim champion with his family of 2 lesbian mums and the pressure he feels from them to succeed as a champion swimmer and win at all costs. He’s forced to live their dreams not his own, with tragic consequences.

As a teacher I taught high school for 10 years. The language may have changed but the issues adolescents deal with have not. Underlying themes of identity, fitting in with the tribe, self love, exploration of sex, dysfunctional families and the  fragility of finding out who you are in this big world- these are all themes explored so well in this series. There’s a heart to the film. The parents have their own struggles. There’s complexity and diversity in these relationships and there’s a humanity. It’s also a very, very funny series. The characters are quirky, flawed, multi – dimensional and engaging. If you’ve seen the award winning series Fleabag with Phoebe Waller Smith, this is like the adolescent years before they end up as housemates. The same in -your – face style and a similar sense of humour.

During the recent hot days, Sex Education was a welcome viewing and it’s so good I had to ration my Netflix binge to 2 eps. a day. Tragically, I’ve run out…I hope series 3 is in the making…

Main image with thanks Cori Rodriguez