Roma is a beautiful film.  Alfonso Cuaron wrote, directed, produced, edited and shot the film. I do hope he wins Best Director at the Academy Awards (Oscars) on February 25th. It’s a fine piece of work and deserves the industry accolade. Shot in black and white,  the story shines through. 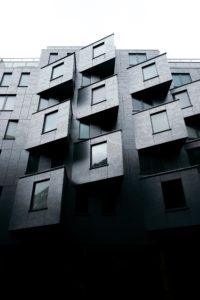 The film premiered at the Venice International Film Festival and has already won 2 Golden Globes.

If you like action, CGI, a fast pace, car chases, bodies beautiful and an edge of the seat  storyline…Don’t go to see Roma. This film moves quietly, with stillness and a pace that walks you slowly and unsuspectingly into the ordinary rhythm of everyday life and its accompanying drama. It’s social realism and I really enjoy this style of film making.

Set in the 1970’s Roma is an autobiography drawing on Cuaron’s upbringing in Mexico City. Colonia Roma is a neighbourhood of Mexico City. The storyline tells of Cleo who is the live-in housekeeper of a middle class family of 4 children and parents whose marriage is under strain.  The backdrop is the marriage tensions between Antonio and Sofia. Layered into the story is the relationship between Cleo and her boyfriend, Fermin and how this plays out. I won’t spoil the experience for you by saying much more. Slow down, soak in this film. Don’t expect Hollywood. Expect more arthouse type cinema.

Netflix picked this up in December 2018…clever, clever move. Take a look. Roma is beautiful.

Feature image of Alfonso Cuaron with thanks creative commons Wikipedia