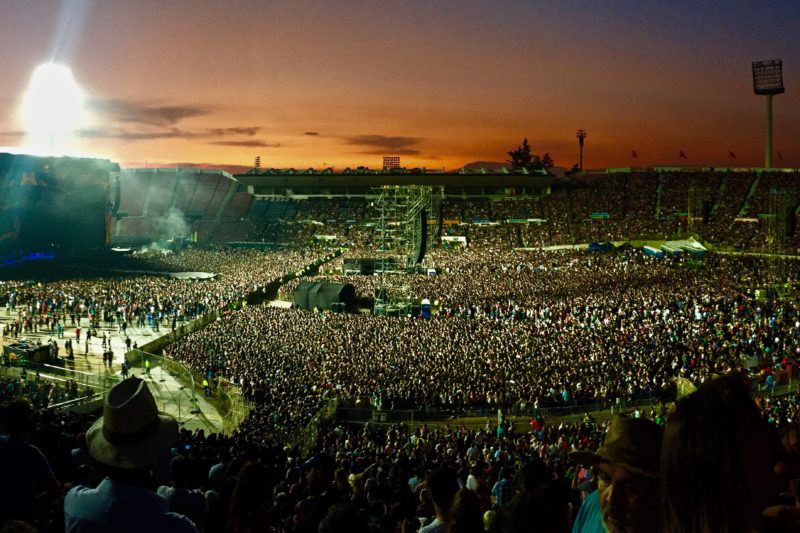 An alternative title might be “English Gentlemen of a Certain Age Tour Cuba.” But The Rolling Stones: Ole Ole Ole A Trip across Latin America is nevertheless an interesting documentary showing on Netflix.

In 2016 the Rolling Stones began a 10- date concert tour of South America including for the very first time, Cuba. It was called the Havana Moon Tour. It was a historical occasion, flanked by Obama’s first ever visit by an American president to Cuba in nearly a century and an outcry from the Pope that they dared to hold their concert on Good Friday. It was a major diplomatic negotiation with the Cuban Government to allow the Rolling Stones to play in Havana in the first place.

This documentary was produced about this historical tour layered with commentary from the Stones, behind the scenes snippets, memories and onstage performance. It’s well worth a look.

At Viva70 we are inspired by people who live full and energetic lives.  Let’s get some perspective on the Rolling Stones. Charlie Watt is 77, Ronnie Wood, the baby of the group is 71 and Keith Richards has somehow survived 75 years in spite of heroin, falling out of trees drunk and various other health threatening exploits. Mick Jagger at 75 has fathered 8 children and has been knighted by the Queen. That’s energy. That’s the Viva spirit!

Chile, Argentina, Peru, Colombia, Mexico, Uruguay and Cuba are show- cased in this documentary. These things stand out. When interviewed and in their cameo segments they are clearly older men who have cleaned up their drinking, hit the gym and appear comfortable in their older selves. They are witty, polite, insightful and touching. They are awfully English… make that awe-fully but there’s an appreciation of each other and a kindness. Then they hit the stage. The audience is predominantly young. Not their generation. The songs are old favourites- Midnight Rambler, Brown Sugar, Sympathy for the Devil. There’s no new album. Everyone knows the songs and knows the English words- whatever the country….. and largely, the audience are not their generation! 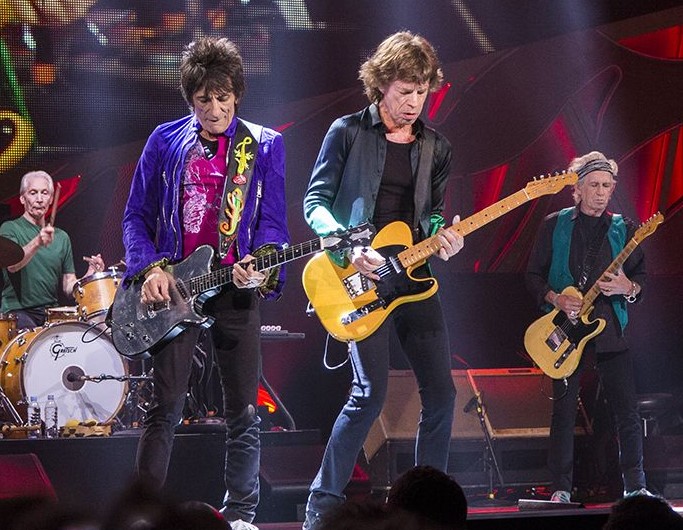 And then there’s the magic. When Keith plays, he and his guitar are one. They bend and move and flex. There’s no age. When Keith and Ronnie riff together there’s a knowledge of language of music and a shared love affair with rock and roll. When Mick Jagger moves, he’s a fit, agile, sexy front man with the experience to unite any crowd, anywhere before the altar of rock n’ roll.

For Mick and Keith have a gentlemanly respect has returned. As Keith says, “For 2 blokes straight out of Dartford we have this amazing chemistry between us.”

My only negative comment about this documentary is that there are large slabs of commentary in Spanish (and Portuguese?) which are not subtitled in English so as we scramble to make sense of familiar words, the meaning is lost and the flow of the narrative is interrupted. Minor point but annoying… returning to the performances…

The concert in Cuba was history in the making. It was a free concert with no seats, little merchandise and only portable toilets scattered around the site. Crowd numbers were 500.000 plus. Obama arrives for his historic visit a few days before and in his speech says…” Even as Cubans prepare for the arrival of the Rolling Stones…..

Havana Moon is a reality. As Mick goes on stage he is congratulated, clearly nervous he smiles and says “We haven’t done it yet!” He welcomes and thanks the crowd in Spanish and talks about the changing times of which they are all part of on this night. The concert is vibrant, energetic and pure rock n roll Stones style. Mick’s voice does not seem to have aged and the finely tuned connection between the group members is breath-taking.  It’s very emotional. One fan holds up a sign – Rolling Stones- My life is free!  The crowd is dancing and going crazy. They know every word of the Jumping Jack Flash and Its Only Rock and Roll. Its full-on classic Stones.

After the concert Mick says “A good crowd. It was very festivally as you’d expect….See you back in England.” It could have been Bill Nighy, the ultimate English gentleman speaking!

Images thanks to Wikipedia. faeture Image with thanks Jose Javier Montanari