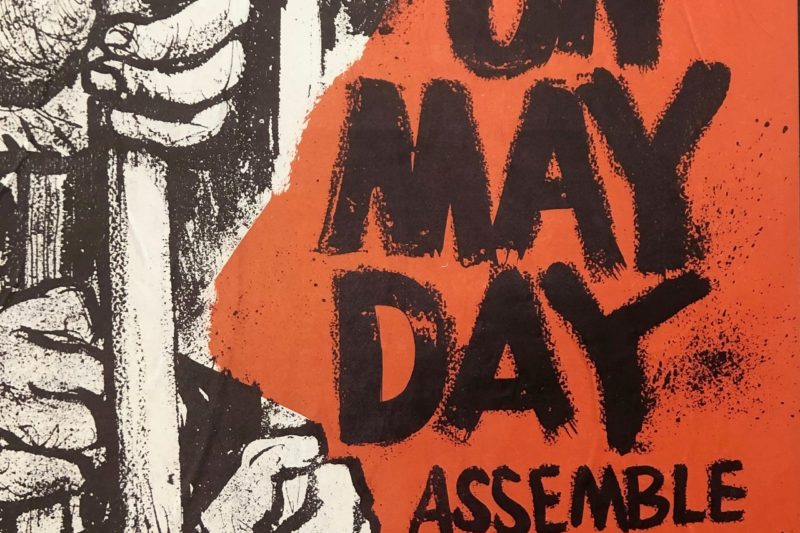 What were you doing in 1970’s? I know there’s the joke about if you can remember the 60’s (or was that the 1970’s?) you weren’t there! I took a trip (unintentional pun) today and found myself in a small university art gallery in the regional city of Bendigo where I found a display of political posters from 1970’s and 80’s. Nice find! I love serendipitous adventures. The back story is that I was content challenged. My production schedule was overflowing with content to be posted this week EXCEPT for the ARTS section. A whiteboard gap stared at me as I tried to dig deep into my floundering creativity. So I drove and stumbled on this lovely find.

Political posters document our history and social mores and trigger memories like “Wow, was it really like that when I was in my 20’s? So going back to my initial question- What were you doing in the 1970’s?

I was a university student and flew/ bolted the family nest to take up residence in a new university with no reputation to uphold. La Trobe University was 2 years old and had a reputation for radicalism. I was a left-wing hippie for most of the 70’s and my migrant parents were horrified at what education had taught me. I was free, in love and protested against most things with passion. So these posters triggered memories of those times and a young woman finding her way in the world.

Let’s look at some of these posters and their themes……..

One theme that had slipped from my memory was contraception. The birth control pill was introduced in Australia in 1961 (Anovlar) and I remember my boyfriend and I nervously asking the University GP ( Dr Semen’s!- seriously!) for a prescription. We had studiously prepared our argument as to why we should be given a prescription… along the lines we were going to get married any day now!

Abortion was a huge campaign viciously fought for many years to come.

One of the many conversations in 1970’s Australia was the recognition of aboriginal people as the original inhabitants of this country. Land rights, health reform and even counting aboriginal people in the census were issues of the day. It seems incredible that the original inhabitants and owners of this land were not counted in the census until  1971 and ten years later we were still reminding people to ” make sure all aboriginals are counted.”

In 1970’s and 80’s there were other issues of concern. Women’s rights, the independence of East Timor and the explosion of protest in November 1975 when Prime Minister Gough Whitlam was dismissed by the Governor General, John Kerr.

It’s in posters ( and cartoons) that we find the prevailing concerns of the day and its narrative. Do you have memories of this time in your life and the life of the country you were living in? Please share them below and start a conversation……