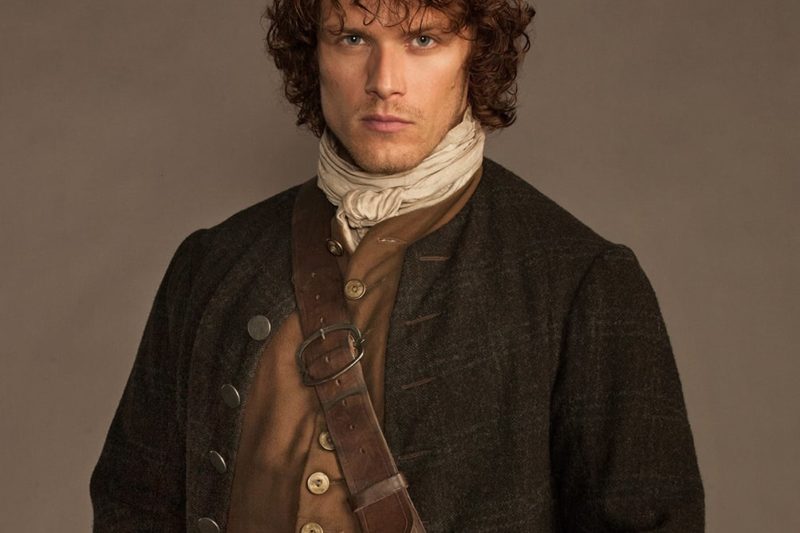 Having recently viewed three seasons of Outlander with 13 episodes in each season…I have started to roll my “r’s” and say things Like “Dae ye ken him?” I have suggested to my male friends that wearing a kilt may enhance their chances on the seniors dating scene. I am also considering my first ever trip to Scotland.  Yes, I’m smitten with Outlander.  As usual I missed the televised series some time ago and discovered Jamie Fraser and his Sassenach wife Claire and their adventures on Netflix. Apparently season 4 is currently available on other platforms.

What is Outlander? It’s a romcom. It’s an adventure series with good guys and bad guys. It’s got a strong, beautiful female lead character in Claire. (Played by Caitriona Balfe)  It’s got a rugged Highland warrior with emotional intelligence in Jamie (Sam Heughan) and Tobias Menzies is outstanding in 2 very different roles- a sadistic villain and in a time warp, Claire’s first husband, Frank. These 3 central characters are brilliantly played with a strong supporting cast. The music is haunting and the scenery breath-taking.

The scripts are based on books by Diana Gabaldon (about 9 of them.) Essentially it’s a passage through time tale. A married woman and ex combat nurse, Claire Randall is reunited with her husband Frank in post -war Britain. Mysteriously she is taken back through time to Scotland in 1743 when Scottish clans are engaged in the Jacobite uprising against the British. The Outlander or Sassenach is the story of Claire, an outsider living in a time warp.

In each series the central characters are in a different time period and setting. Series 1 is set in the stunning beauty of Scotland with its mists and moors and woodland. Series 2 finds the characters in France becoming political and entrenched at the French court. Series 3 is filmed with a much older Clair and Jamie reuniting and spending a lot of time on the high seas. Series 4 finds them in America. 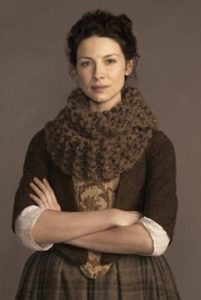 What I love about this series is good old fashioned story telling- adventures, villains, intrigue and danger. Threaded through are subplots of political manoeuvring, bawdy likeable clansmen, and wily wenches. And then there’s the onscreen frisson between Jamie and Claire. The sex scenes are sensual, realistic and sigh worthy. I read that season 1 episode 7, the Wedding, is the most watched episode of all the series! It’s beautiful. Handsome Scotsman in kilt and sword (filmed in Slo-Mo)   strides toward his beautiful bride, bows before her and declares “ Your servant madam.”

If you feel inclined check out the YouTube interview with Sam Heugan on filming the sex scenes. Very Funny. A “closed set ” means only 16 people on the set.

I’m looking forward to series 4…don’t tell me what happens!

Images with thanks Wikipedia creative commons