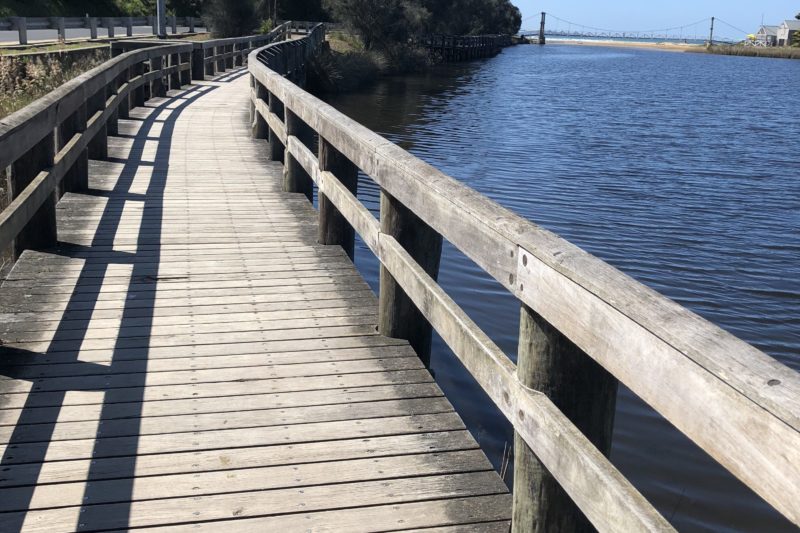 I have a number of towns I call MY TOWN. Places of great meaning, a spirit of home or a place of belonging. My towns are located in the Uk, Central Victoria in Australia and beachside in Lorne, also in Victoria.  I’ve asked  others about where they would call ” My Town” and over the next months we’ll bring you glimpses of different places worldwide and why they are special in the lives of our creative contributors. But today let’s travel to Lorne….. 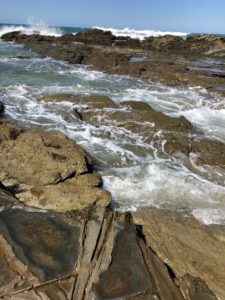 Lorne is a town on the Great Ocean Road here in Victoria, Australia. It’s 142 kms (about 2 hrs drive) from Melbourne. As sometimes happens, a place calls you. It feels right. You belong there. There are many other beautiful beaches,places with fresh salty air and  towns with a seaside vibe but for over 50 years Lorne has always called me back. It was a very different town back then, with guest houses like Erskine House, a caravan park and a few shops. 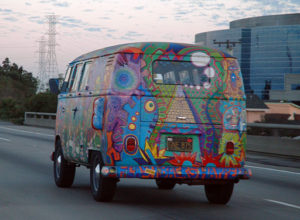 But the surfers knew about its pristine beaches and great waves. The trail of Kombi vans winding along the Great Ocean Road were home to a travelling tribe of young hippies seeking the best waves back in  1970’s. Families bought their holiday shacks in Lorne and some of the original fisherman’s houses were still standing.

For years the Great Ocean road carried me to Lorne and there I decompressed, refocused and gathered the energy to return to city life. My family spent many holidays there. Easter was a special time of the year. The last hurrah of summer here in Australia, the Easter break is a time for being outdoors, camping and if you’re lucky still warm enough to enjoy beach life. For many Easter breaks Lorne was the place to be. My son and his friends would pile into the car, enough food for perpetually starving teenagers , surf boards, wine, books and the family was off to Lorne for 4-5 days. Beach life was always easy- food in the kitchen- help yourself, wear what you like, walk everywhere- the car doesn’t move until we leave. A  family meal at Kostas, the  Greek restaurant in town was legendary and a tradition. This was 1990’s. (Kostas opened in 1976 and closed in 2003 but his sons, Alex and Dominic now run Ipsos on the same site.) 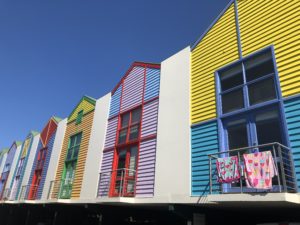 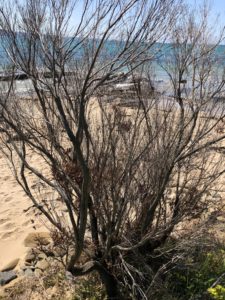 It’s a very different place now. Residents number around 2,000 during the off season and numbers swell to around 17,000 in peak holiday times- Christmas and Easter. There are restaurants and cafes, clothes stores, surf carnivals and at times traffic volumes that are crazy. But it’s still absolutely beautiful. The beach is wide, clean and goes for miles. Cliff walks, national park, water falls, rock pools and long beach walks feed the spirit.

I always wanted a house at Lorne but by the time I could think about it real estate prices had sky- rocketed. But children grow up, form families of their own and  a new set of possibilities arise. Last year my family bought an old beach house on the point at Lorne. The land and aspect is magnificent and the price tag insane. The house was full of asbestos, the roof leaked, the house leaned and twisted and I declared it only suitable for demolition.

But the kids had other ideas.  Where I saw bone weariness, dollar signs and problems they saw possibility and adventure. They had vision, a little money and were driven to make this  a beautiful old beach house with stunning views, where friends and family would gather and memories would be made.   This house became the magnet for laughter, new friendships, hard work, friendly banter and sheer driven energy. My son and daughter in law knew that this place would become the  family home to host the holidays, birthdays and numerous family rituals of future generations. 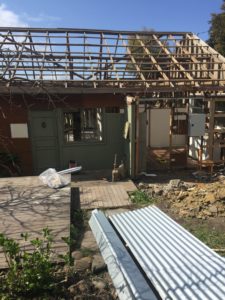 The house has been rebuilt. Local tradesmen worked hard and became good friends. My role as a plasterer was soon abandoned and reshaped into Nora’s catering company. Every weekend I’d pile the car with food and serve up meals to the workers- friends and tradesmen. The structural work was done- a new roof, stumps, asbestos removal by a team of space men and the rebuilding. A new kitchen went in and slowly the skeleton became a beautiful home. The context was always the beach views, the different colour and mood of the ocean, beach walks and  a hard earned drink at the  Anglers or a gelati in the main street.

Christmas Eve midnight carols at the old church in town, yoga on the beach, artisan bread from the supermarket, coffee at the swing bridge and movies at the Lorne Cinema are all part of the rhythm of summer now. Our family has a home here. I never imagined it would be possible. The hard work is done. My grand- daughter grows up knowing Lorne is her home and we all share in the happiness of times spent there.

I look forward to spending more time in Lorne in winter with the family and in solitude- walking those beautiful beaches, tasting salty sea spray and creating stories and memories. I am so blessed. Now it’s also time to find my place in the community and how I can connect. This is my next adventure. I feel I’ve come home to Lorne. Thanks to my family it’s a part of my life now.

Photos are Nora’s. Kombivan  with thanks Wikipedia Creative Commons