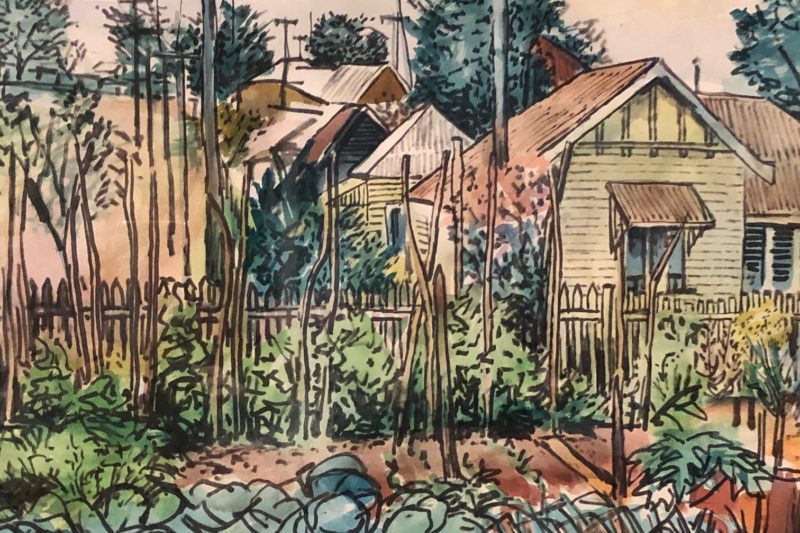 Margaret Olley  is a much loved Australian artist  with a significant reputation for still life and her ability to capture the richness and intimacy of interior ” landscapes.” Born in the New South Wales town of Lismore, in Queensland in 1923 she had 90 solo exhibitions of her work and was given the highest Australian Civilian honour, Companion of the Order in 2006.

She began her artistic training in Brisbane and later moved to Sydney in 1943 to attend East Sydney Technical College. Her reputation as an artist world-wide is complemented by her work as a philanthropist. She has donated 130 of her paintings to the Art Gallery of NSW at a value of over $7 million dollars. She died in 2011 at the age of 88 at her home in Paddington, Australia.

I saw her work at the Queensland gallery of Modern Art. I particularly loved this painting of the garden room and many similar ( The Yellow Room 1991) The detail, colour and line, draw you into the room. You want to be part of it. The detail of the kilim and its pattern, the tapestry cushion and the oranges scattered in the room. The open door invites you into the garden. It reminds me of Charleston, the country house of the Bloomsbury set artists in England. Full of colour, richness and texture. Beautiful!

If you haven’t seen Margaret Olley’s work check it out. I think you’ll appreciate its intimacy and honesty. A remarkable woman and artist.