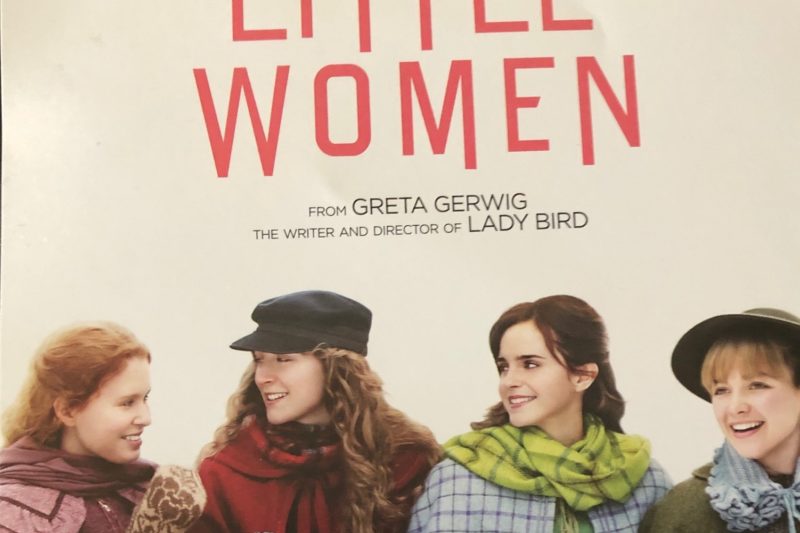 As a child one of my favourite books was  Little Women by Louisa May Alcott. It’s a coming of age story. Four sisters romping through life, love and misfortune embracing wholesome anglo – christian values. This is the world of 1860’s where charity and humility compete with ego and self interest. It’s also a world where marriage is the pinnacle of achievement for most women…except in this family where each of the daughters has passions, skills and talents that they each want to pursue in the wider world. It’s messaging is simple and clear, women have potential that needs to be developed and find expression. Marry for love not money. Family is everything. It’s a sisterhood book.

This is the 7th adaption of the 1868 novel. The film directed by Greta Gerwig is skilfully interpreted. She stays true to the story. The costumes are divine. The overall visual narrative is of warmth and connection. It reminded me of the autumnal tones creating a soft mood used by Woody Allen in Hannah and her Sisters. There’s a freshness to each of the ” Little Women” and a modernity. We’re not looking at historical figures here but parts of ourselves. This is a great strength of Gerwig’s skill as a film maker.

Meryl Streep plays the crusty older generation matriach who advises that marrying well is the only successful path for her errant granddaughters. But they have other ideas. Saoirse  Ronan is outstanding in the role of the feisty Jo March a would be writer and the central character. Katherine Hepburn played this role in the 1933 film version. Emma Watson, Florence Pugh and Eliza Scanlen play the other  3 sisters. Timothee Chalamet is everywhere at the moment- an  accomplished actor. James Norton pops up as a love interest and Laura Dernplays the mother of this rowdy clan very well. Louis Garrel is another love interest and rather nice!

I loved this film for the quality of it’s production. It’s been nominated for a number of Academy Awards but not for best direction which is a great pity. Do go and see it. A wonderful story beautifully created. Your human spirit will soar.