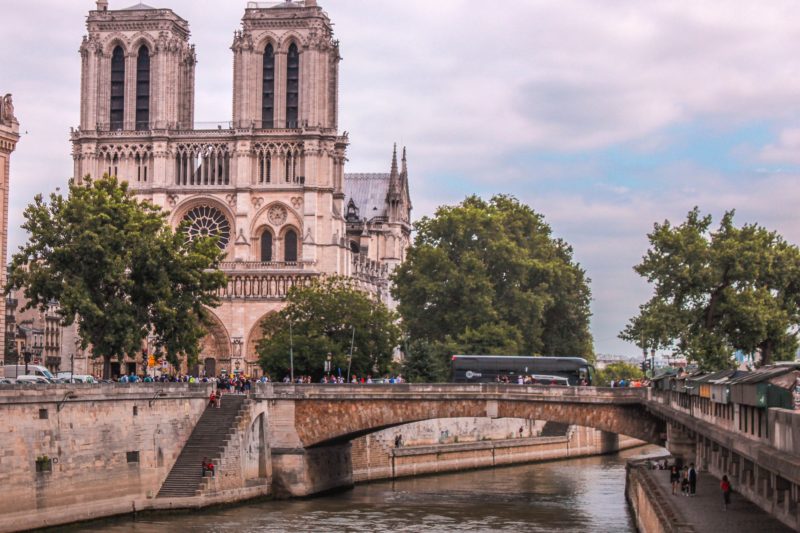 When Notre Dame burned there was disbelief and a collective grief expressed from many corners of the world.  We know the images of iconic buildings as if we have been there. And if we have travelled there the experience of identity with that building is profound. Notre Dame was/is iconic because of its history, location, beauty and identity. President Macron called it the “Epicentre of our lives.”

Notre Dame Cathedral was consecrated in 1345 and is an outstanding example of Gothic architecture. Located on the Ile de La Cite, a natural island in the middle of the Seine, it’s a prominent landmark in Paris. I spent many hours wandering through the cathedral, in awe of its beauty and the imagination that created it. The Eiffel Tower is another powerful identity in this magical city and again it is quintessential Paris.

I began to think about architecture and the emotional responses it can evoke. Why is it that some architecture can be so universally inspiring and provoke such a strong emotional connection? What are the buildings you have visited that you would describe as Iconic? What are the top five you would identify in this category? What makes a building or structure iconic? Is there architecture that provokes a negative response? Are there buildings that are so emotionally powerful that they overwhelm? We’d love to hear from you in the comments section below….

No 1 The Sagrada Familia Basilica In Barcelona, Spain. Conceived by Antoni Gaudi, a Catalan architect and designer the Roman Catholic Church was begun in 1882 and it remains unfinished. The Pope consecrated the Basilica in 2010 and it will be finished in 2026. I was absolutely enthralled with every turn as walked in and around the church. Gaudi’s work is astonishing for its richness, attention to detail and blend of natural design and modernism. Awe, Joy, vibrancy and also a deep reverence for the space and its meaning travelled with me through this space. Barcelona is one of my favourite cities and Gaudi’s work is a large part of my love of this place.

No 2 The Guggenheim Museum in Bilbao, Spain is another building I’ve been able to visit. From the massive spider structure in the promenade along the river to the massive spaces within, this building is staggering in its imagery and use of space. The Spider sculpture is called “Maman”…..not sure why such a beast would be so called but that’s where therapy resides. The sculptor is Louise Bourgeois. The Building itself is by American/ Canadian Frank Gehry. Entering the main space is an overwhelming experience- literally…the scale was so massive and humans so diminutive that this is the only building where I actually suffered a panic attack! Scale is so important is creating affect.  In spite of my response or perhaps because of it this is one of my favourite iconic buildings.

No 3 Is the newly opened National Museum at Doha, Qatar in the UAE. It looks like a pile of soft petals or colliding discs and at least from photos it’s exquisite. Jean Nouvel is the creator and since I am inspired by most of his work this is definitely on my bucket list!

No 4 is the Taj Mahal in Agra, India which I hope to see when I travel to India early next year. Who will ever forget the images of Diana, Princess of Wales sitting in her red and purple outfit outside the pearly white marble of the Taj Mahal?  This Muslim mausoleum was commissioned by Shah Jahan for his favourite wife and it was completed in 1648.

No 5: Sydney Opera House is my home ground favourite and I have been able to enjoy many concerts and plays there over the years. It’s a beautiful building capsuled in the blue waters of Sydney harbour. Like most grand buildings it was controversial when art meets politics. In 1959 Jorn Utzon, a Danish architect was commissioned to build the imaginative sails structure. In 1966 he left the project over a dispute with the government about the design and the cost and also unpaid invoices! A lesser version of his original design was completed in 1973 but it is still a beautiful functional space in a grand setting.

These are among the buildings I’d identify as iconic where we can identify the architecture as highly emblematic, heroic or symbolic. They create a power or feeling response that can inspire, create awe or even have a daunting impact. But they impress on many levels.