Chilean writer and director Sebastian Lello has made 2 films with the same story and nearly the same title. In 2013 he made the film Gloria starring Paulina Garcia and set in Santiago. In 2019 he released the same story, mostly with the same shots only this time set in Los Angeles and starring Julianne Moore and John Turturro. It is called Gloria Bell. Apparently Julianne Moore approached the director for a remake of the 2013 script and she is executive producer for the 2019 version 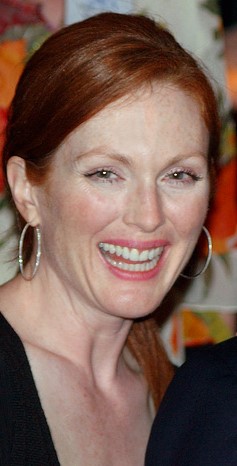 Very odd I think. Remakes are common- think A star is Born which has been remade 4 times but why the same story remade by the same director six years later. All I can say is that Julianne Moore must have had a compelling argument and expected returns must also be compelling. Production budget figures are not available but to date its grossed $7.5m.

Central to the story is a divorced woman in her 50’s who loves dancing in the bars around LA (Santiago in the 2013 version). She has a zest for life and is looking for love and also involved in the day to day life of her grown up children. Gloria meets a man who she is attracted too and they start a relationship. He is newly divorced and complications arise.

Gloria is the central character and Julianne Moore does a brilliant job of portraying the strength but also the vulnerability of an independent woman in 1990’s.She struggles to maintain relevance and connection to the lives of her adult children, she knows loneliness and vulnerability in being an older woman in the dating scene. But she has an inner core of confidence and resilience that always sees her through. John Turturro is convincing in a role which has the potential to be overplayed as villainous rather than an older man grappling with the complexity of family illness and drama. He finds the right place for his character and plays it well.

So how do the 2 Gloria’s compare? I prefer the 2013 Chilean version. The Gloria of this time was ordinary. We could identify with this woman. She underplayed the role and fumbled and stumbled a lot more. It was a quieter version. Less Hollywood and slam dunk in your face! Julianne Moore is beautiful and feisty and you feel she’ll make it in this world no matter what. Her desperation and loneliness is momentary. She may wear glasses but they are Christian Dior and beauty will see her through.

Gloria Bell has got good reviews and Julianne Moore has been feted for her performance. I give the film 3/5 stars. It’s a film worth seeing. What do you think?