Bumping into a quietly announced art exhibition in unexpected places is one of the joys of travel. Well, Franz West is actually very hard to miss once you discover him and the Tate Modern isn’t exactly a hidden gallery….but it did take me some time to find that it is actually on the Thames at Bankside, among all the construction that London seems to be enjoying at present. 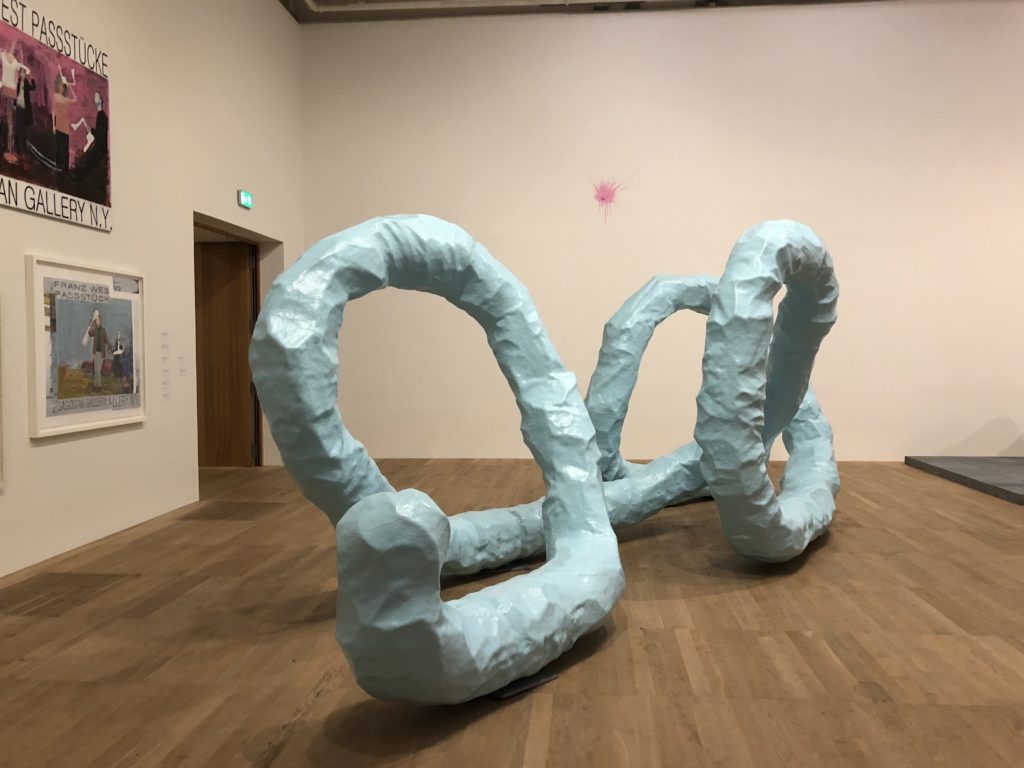 But find it I did and I was quite excited by the Tate Modern architecture itself given it’s a re-purposed massive, power station where even the oil tanks have been reused. It’s a colossal structure and deserves a whole article in its own right. Have you been there? What did you think? Grim and Grungy or the perfect backdrop for contemporary and modern art? 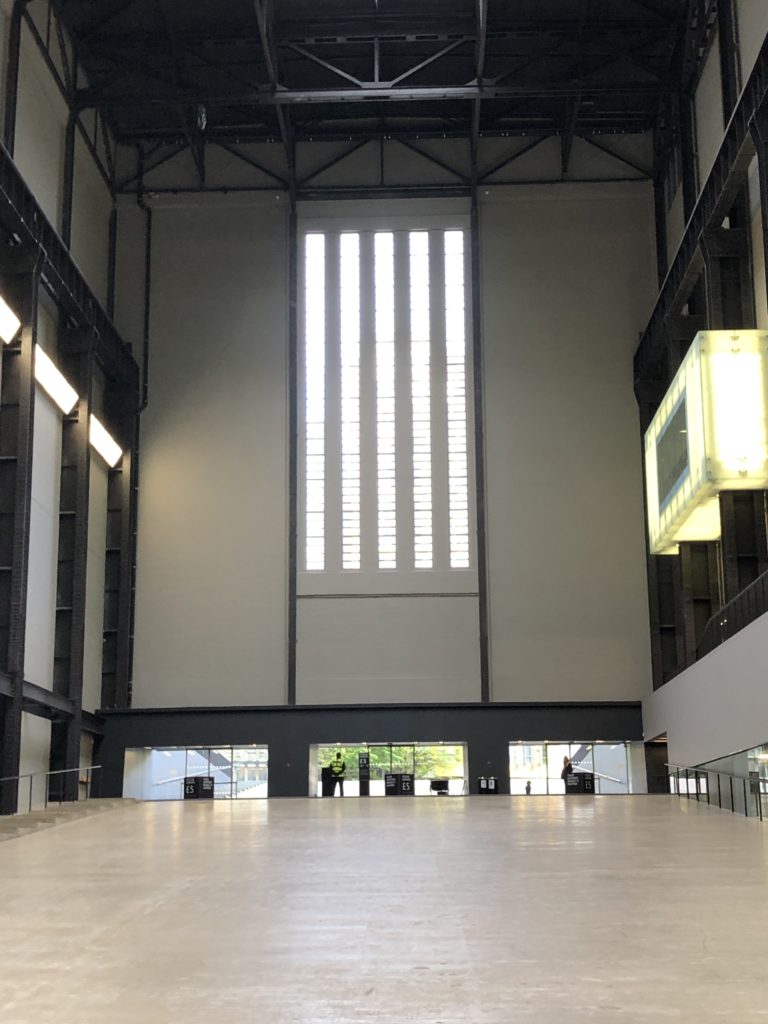 I went to the gallery to see the exhibition of Dorothea Tanning (see my article in the Arts section, May 14th)  But you can’t miss the sculpture of Franz West. So who is this Wunderkind? He was born in Austria in 1947 and died in 2012. The notes say that ” he combined an irreverent and playful approach to sculpture, collage and furniture.” Papier mache was his preferred material and the colours are bright and child-like. It’s an interesting exhibition and I spent some hours there. I really like his work! I find it funny,  witty and joyful. I like the interactivity of it. I feel childlike around his work and want to dance….

In 1970’s he developed small sculptures called Passstucke or Adaptives. Think interactive shapes and objects that were to be handled, played with and could be used to interact with others. There’s a video of him and a friend playing with the smaller Passstucke, moving their bodies to create new shapes using the sculptures.

At the gallery next to the video of West and his friend rediscovering play, there were curtained cubicles and a series of the sculptures for the public to interact with. In the privacy of your own cubicle, you and a friend could play with some of the Passstucke behind the curtain and away from prying eyes. Laughter was launched out of the cubicles by the playful adults. The occasional passerby did nudge the curtains to catch a glimpse of Passstucke playfulness…nice!

West lived in Vienna and was influenced by the work of psychoanalyst, Sigmund Freud. In 1980’s West’s papier mache sculptures were gaining attention and legitimacy and by 1990’s his work was shown at the Venice Biennale and in New York. He collaborated with other artists, explored furniture as an art form and also film and collage. His later sculptures are massive and grace many foyers and plazas. Take a look at the dripping ice cream….. 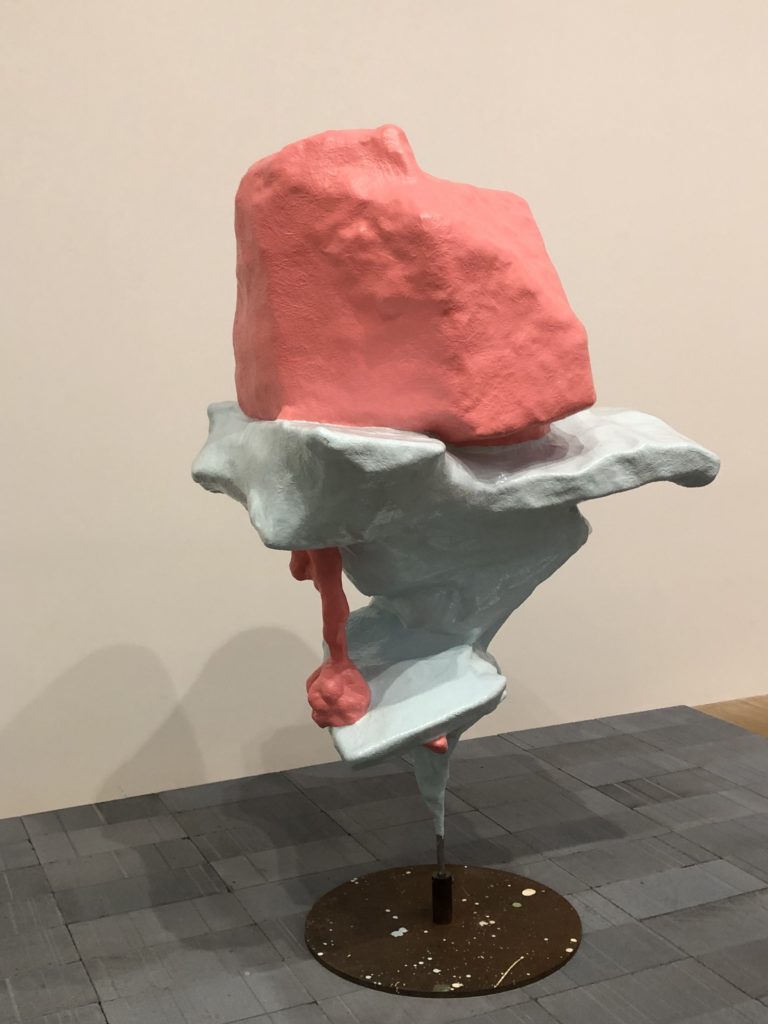 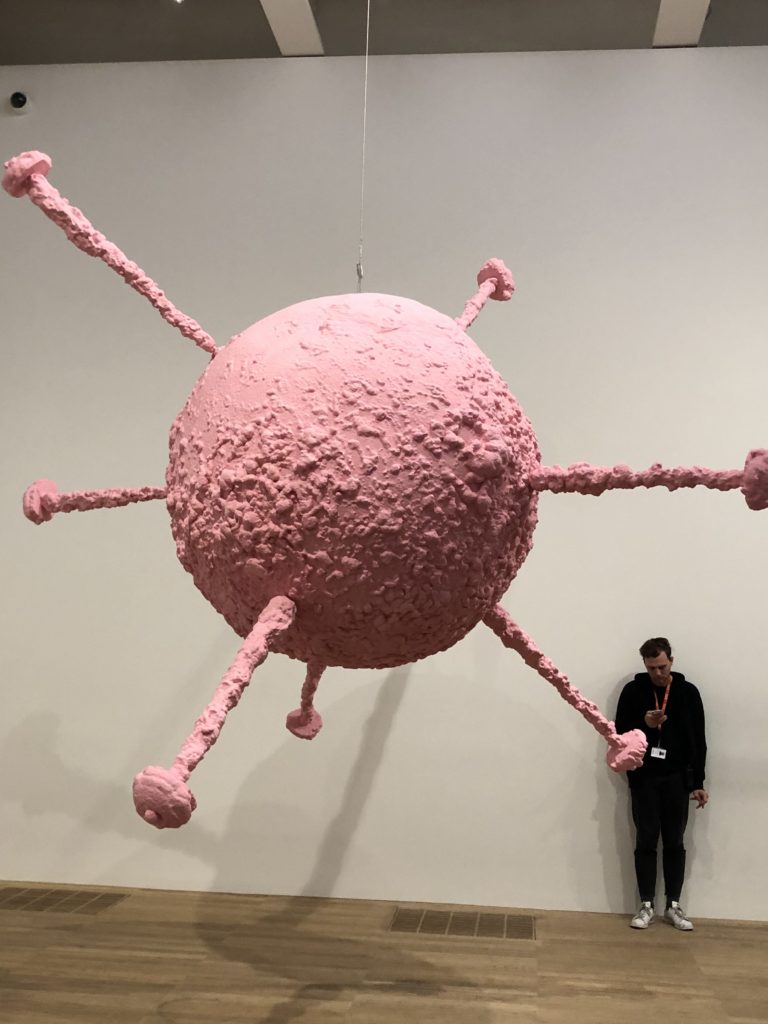 What do you think? Inspired Genius? A sculptor who never relinquished childhood and papier mache? A gifted artist who used his art to create humour and lightness? Or a charismatic entrepreneur who sold lollypop sculpture to wealthy westerners? Or none of the above… We’d love to know what you think……