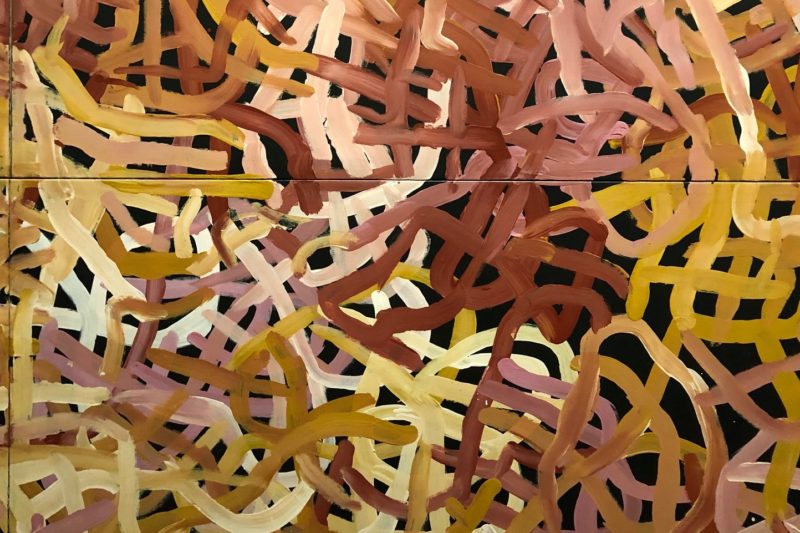 A weekday ” pop into the gallery moment” and again life delivers jewels. This time in the form of beautiful batiks and paintings. But it’s the paintings that really captured my attention ………

Emily Kam Kngwarray  (1910-1996) was a world renowned indigenous artist who began painting at the age of nearly 80. She lived and died in the community of Utopia, approximately 250 Km from Alice Springs. She is one of the most successful, recognised artists in the history of contemporary indigenous Australian art.

She lived in the Anmatyerre language group at Alhalkere. Her early work as an artist was on Batik made for women’s ceremonies in the community. But she said “I gave up on Batik. It was too hard work- boiling the fabric over and over, lighting the fires. I changed over to canvas as my eye sight deteriorated. ”

As a painter she developed her own distinctive style as a colourist and using patterns which were vastly different to the Papunya style of dot painting that was characteristic of the area in which she lived. 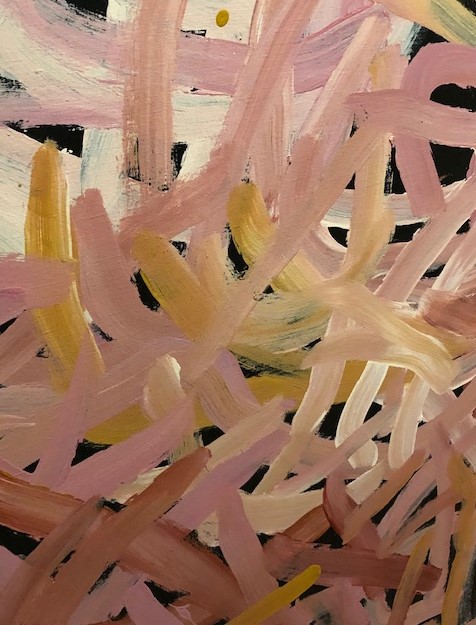 I recently saw her paintings at the Bendigo Art Gallery and stood for a while taking in the colour and detail of her work. It’s exquisite. By 1991 she was producing many works for The Aboriginal Gallery of Dreamings in Melbourne. These paintings were selling well at auction and over $1m was generated by the Utopia group of painters in 1989/90.

Her first international solo exhibition was in Amsterdam in 1999 and in Russia in 2000. The first museum featuring a single Aboriginal artist opened in Cheltenham, Victoria in 2013. Her work sold through Sotheby’s. In 2007 her 1994 painting Earth’s Creation was purchased for over a million dollars setting a new record for Aboriginal artwork.

But life wasn’t easy for her. with fame came the unscrupulous ” carpetbaggers” hoping to purchase her work at a bargain price. In her community there was tension about her departure in style and individual fame from the group of Utopia artists. 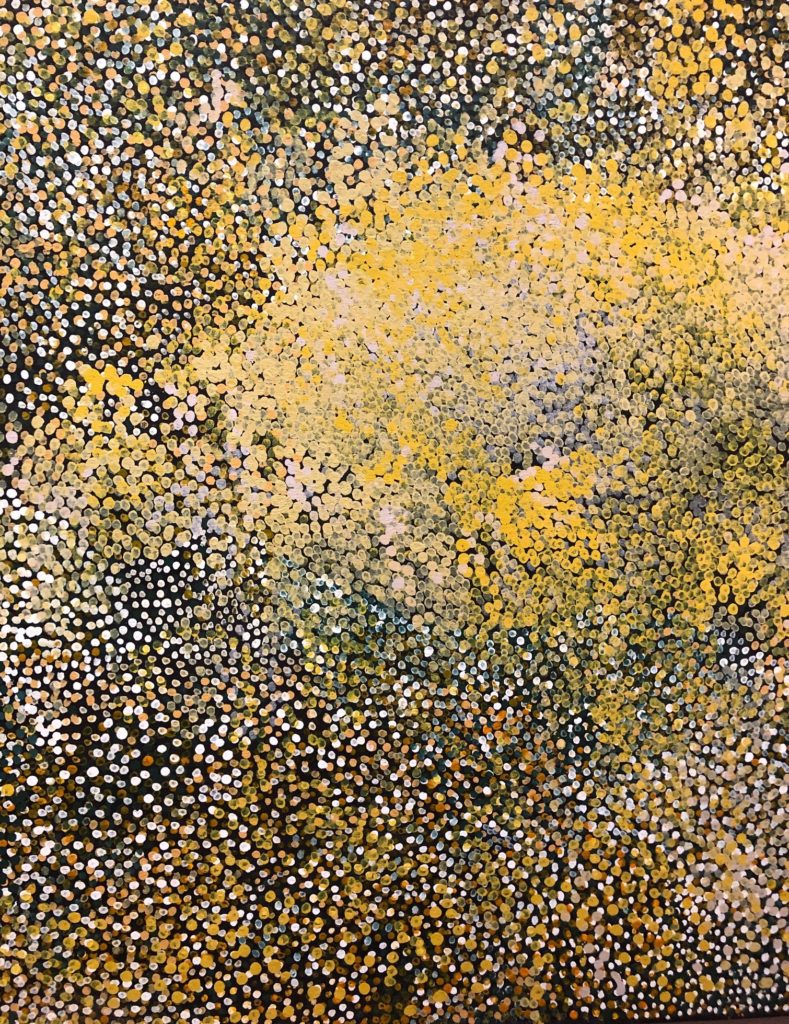 Her work can be seen at the National Gallery of Australia and state galleries  as well as Seattle and Charlottesville. She is also featured in many  private collections.