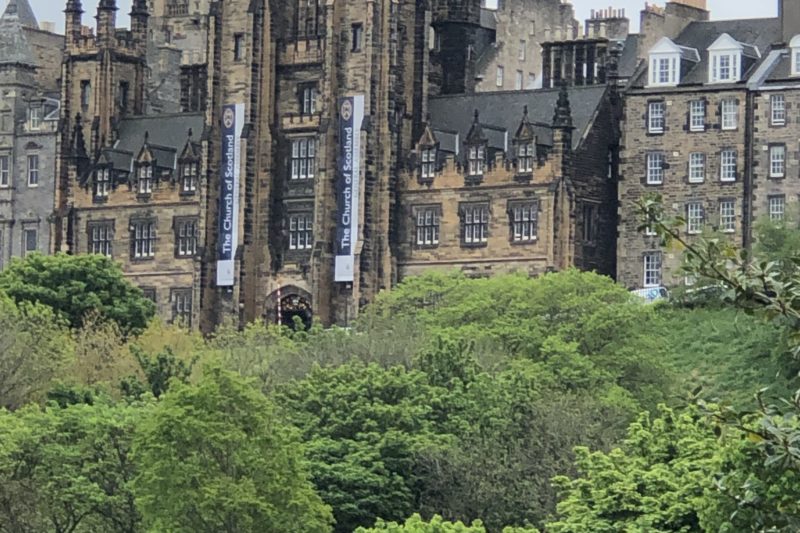 My childhood knowledge of Scotland was an odd image of men in kilts, shortbread, a disgusting haggis thing and some great folk music. In primary school in England our music lesson was a weekly tune – in to the BBC schools program. The class monitor would distribute BBC song books and we’d happily sing along to the radio program……a late 1950’s version of Karaoke!

The Scottish songs told stories of heather and moors and heroes and wars. The girls were bonnie lasses and  clearly this was a very exotic place where there were Braggarts and Cromak’s and words I found hard to pronounce. Our class was always lagging behind as we struggled to match Scottish words and the tempo of the song. Miss Amphlett, our teacher cringed as Grade 6 adulterated her favourite tunes. I found the song I absolutely loved on You Tube. …….

It’s with this cultural experience and knowledge that I traveled to Scotland for the first time in my 70th Year. In an earlier article (May 26th)  I wrote about the tour to the Scottish Highlands and Skye. This article takes us to the city of Edinburgh. Have you been there? What did you think? What caught your eye?

I arrived in Edinburgh after a lovely weekend spent with friends in North Yorkshire so I was in great shape to explore this beautiful heritage listed city. It’s exquisite. My hotel was in New Town (Think Georgian!) and very central to Princes Street, the gardens and the train station so I decided to walk the distance. A Scottish piper in full regalia was the local busker and this gave me a hint of the character and standing of this stunning city. I had 4 days in total in Edinburgh and took the sightseer bus to get a sense of how I wanted to spend my time. Edinburgh is a grand duchess. Stately, sure footed and proud. Old Town is medieval and is home to the castle, The Golden Mile and  the Palace at Holyroodhouse.

As with most cities the big ticket historic/ tourist items capture my attention for a day or two. Then it’s time to get lost and just wander. Edinburgh is a compact city and it’s so easy to spend  the day walking. After breakfast- usually porridge, fruit and coffee at Pret a Manger I would start my wanderings always with rain jacket and umbrella at the ready.

Modern Art is always a drawcard for me and Edinburgh did it in style. The gallery itself is magnificent but what also stayed with me was the quiet, calm approach of the gallery staff. There were no bustling groups and tour guides marching around. The gallery was meant for a slow meander, a reflection and reverence for the work of the artists. Guides would approach slowly, stand beside you, share the moment and just tell the story in a few lines. Then just as gently, they would drift away.Works by Damien Hirst, Eduardo Paolozzi and Andy Warhol caught my eye. I’ll write more of this later but Vulcan is an astonishing sculpture for its monolithic size and complexity.

One day the sun shone and I decided to get lost in Edinburgh. This anarchy has previously taken me into places I would never have discovered. Stumbling on a village located on the river Leith 20 minutes walk from the heart of Edinburgh turned my world upside down. This is it! The place I would retire and live my third age. A pretty village full of quaint cottages, river walks and  probably only 15 minutes walk along the riverbank to Marks and Sparks and good coffee!Property prices did create a gasp and my dream evaporated but it was great while it lasted.The village of Dean is worth a detour..its exquisite.

There are layers to any city. Its history, culture  and its people. In spite of its grandeur and history Edinburgh also has a creativity and cheekiness- a lightness of being among the formidable stone of its facade. I love the laneways and great eateries. I had a lovely meal for twelve  pounds, of mezze dishes- calamari, salads, dips, bread and wine in a tiny cafe in Rose street. I laughed when I saw the Great Brexit Distraction Cartoon painted on the side of the Scottish Episcopalian Cathedral building. The naughty “Let’s put witches hats on important civic statues” vibe made Sir Walter Scott the most photographed sculpture in Edinburgh according to my random survey!

This city is very special and I will return. I would love to see Scotland in the autumn or even in the snow..I’m sure that’s when whisky is especially the drink of choice!