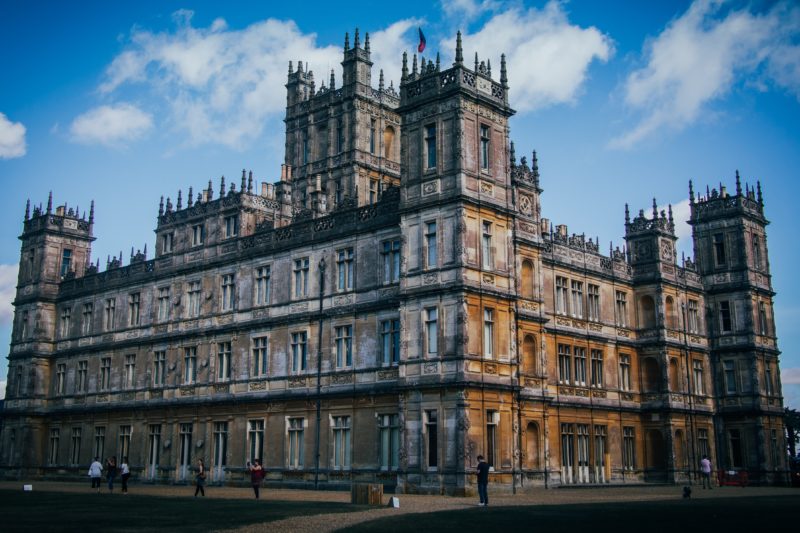 I soaked in Downton Abbey when it was first released (2010) and bought the DVD sets of all three series because I couldn’t get enough. This historical drama is set in a fictional Yorkshire manor house and estate (actually filmed at Highclere Castle.)  It’s a skillfully crafted story of the interwoven lives of the Lord Grantham and his family and the lives of the downstairs servants. Julian Fellowes is a masterful storyteller and his characters are crisp and colourful. Although of a different  time and class,  we identify with the universal human experience of joy, loss, fear, love, betrayal and failure. His Downton characters are a privileged class sprinkled with butlers and ladies maids and a historical backdrop that over the years makes the artistocracy less relevant and harder to maintain. Downton Abbey itself is as sumptious as the lives of its upstairs inhabitants. The aristocratic family is portrayed as largely benevolent, certainly entitled and living in the ether of privilege that their class bestows.

So what of the film? I was disappointed. The film script again created by Julian Fellowes  and it’s a thin story. Essentially it tells of a Royal visit to Downton Abbey and the panic of preparations for the visit. The servants have more of a starring role as they compete with the royal servants sent ahead to manage the visit of the king and queen. It’s a battle of “below the stairs” territory and roles. The modern corporate equivalent would be a temporary company takeover! All the characters are there. Maggie Smith has even more barbed, acerbic comments than in the past..perhaps too many. ” caustic Zingers” one critic called her lines. Michelle Dockery is still a self righteous, entitled Lady Mary Talbot.  Mr Carson (Jim Carter) and Lord Grantham ( Hugh Bonneville) are their solid establishment selves. All the Downton cast have returned. No mean feat in an industry where Downton has made some of the actors ” overnight successes” and highly sought after.

A cinema screen provides the vehicle to appreciate the true beauty of the English countryside and the luscious interiors of the Grantham estate. Director, Michael Engler has captured the spirit of the time and the camera work, exquisite costumes and sound reflect the glamour and opulence of 1920’s life of landed gentry. 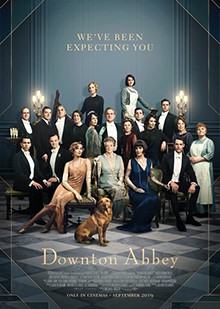 Given all these positives why didn’t I like it?

It’s lost the intimacy of my living room and the slow seep of there stories over a series. The film seems rushed, not quite at ease with the new format and as if the story has to be pacey. It doesn’t! The story-line is thin even with the smaller character stories  e.g. the secret life of the gay butler, in a more libertarian 1920’s England- libertarian for the upper classes but not for the working class.

It’s been some years since Downton Abbey came to our living rooms. The film picks up  from where the story finished in series 3. There is no recap and we are left to mine our memories to remember the backstory. For example, the  chauffeur, Tom who married a Grantham daughter, but she died and he now runs the estate for Lord Grantham. Tom’s Irish working class background at odds with with English aristocratic “blue blood.” It took a while for me to refresh the connections with the characters and remember why they are behaving as they are.

While I may not have warmed to the new Downton format many others have! The budget for the film was $20m.  Box office takings in one week were 5 times that. Downton Abbey is now a theatre production. It would make a fine opera! The script left open – in fact invited, the continuation of the story of this family…… we wait and see.