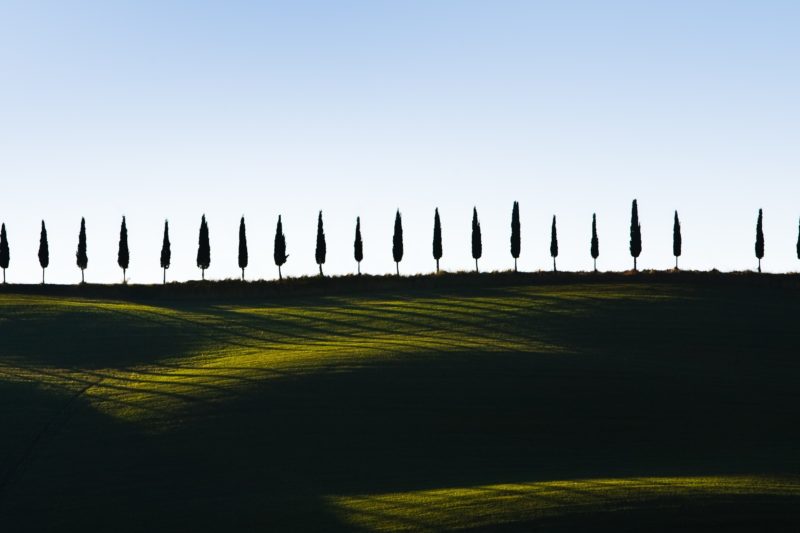 Hi! It’s Linda Linhart here continuing the series of articles about travels in Italy. A great response to the last article on  Loving Lucca, so thank you. Today we head to the beautiful region of Umbria and its major city, Perugia. It’s in central Italy and right next door to the popular region of Tuscany. 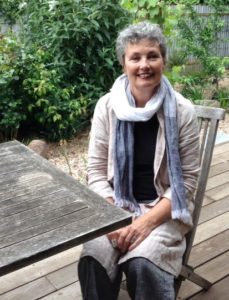 I was travelling with a friend and we opted to stay at an “Agritourismo” or farm – stay located about 12 kilometers north of Perugia. One of the joys of this kind of accommodation is getting to meet your hosts and enjoy their amazing hospitality and generosity. This included an invitation to visit a workshop of handwoven textiles, which we would never have found without local knowledge. The workshop itself is housed in a centuries old church tucked away in a side street. We had no idea what an amazing experience we were about to have…..

The workshop was founded in 1921 by Giuditta Brozzetti and is run today by her great granddaughter Marta Cucchia. As we were the only people visiting that day we got to meet Marta and she was happy to show us her work and the amazing looms, one of which dates back to the 17th century! It is one of the last places in Italy where hand weaving on Jaquard looms is produced. 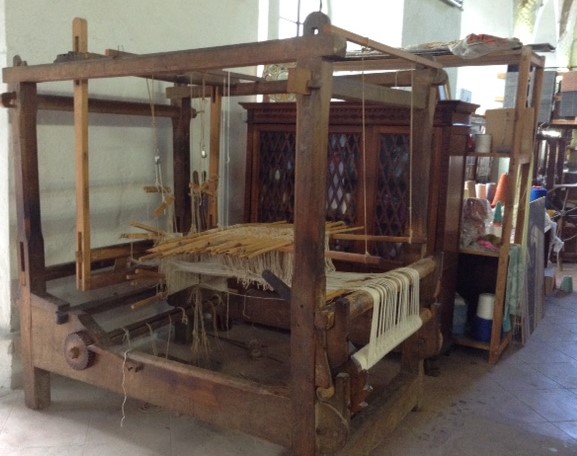 We were shown the painstaking process of making the patterns and the beautiful array of coloured cottons used. Marta does the design work but also works the looms. She showed us work in progress that was being created on an 18th century loom. The designs are intentionally kept very traditional because they are expensive to buy and much sought after. 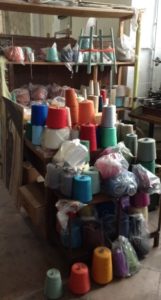 Marta told us that if you look closely at Michelangelo’s ” Last Supper” there is a pattern on the tablecloth that is a traditional Umbrian design that is still being made to this day. We spent over an hour in the studio even though we told Marta that we couldn’t possibly afford any of her pieces.  She generously gave us her time and explained that more people needed to be aware that these century old traditions are being kept alive by individuals who love their craft. 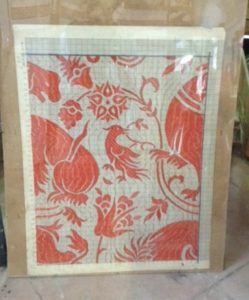 We were so happy to have met Marta and had this amazing experience thanks to our hostess Paola from Le Fonte Agritourismo, Montebello.  But that wasn’t the end of our day…… next stop, Studio Moretti, master glass painters…..

The Moretti- Caselli studio is housed in a building that dates back to the 15th century but has been owned by the Moretti family since 1894. it is here that Francesco Moretti and his nephew Ludovico Caselli designed and produced their exquisite stained glass windows. We were shown through the building by one of Francesco’s descendants. Our first stop was an amazing room housing hundred’s of glass jars filled with powdered tints and original tools. From a bookshelf she lifted a book that she said was “quite old.” It was a first edition on alchemy dating back to the 16th century!! We were shown Francesco’s notes, which he’d written in the margins so many years ago!!

Walking into what once must have been a living area took my breath away. It still retained the vaulted curved ceilings and original frescoes from the 15th century which Francesco had restored. there were also his original sketches and cartoons, including a large circular design that graces Orvieto cathedral. This room is also home to his masterpiece – his stained glass portrait of the much beloved Queen Margerita.

Our final destination was the studio, were we were able to watch Anna Matilde and her daughter creating pieces using the same techniques handed down for five generations. Once again it was overwhelming to be so surrounded by history.

I haven’t even touched on Perugia itself which is a beautiful city but I hope I’ve given you an insight into the sometimes unexpected delights of a region that deserves to be explored just as much as her better known neighbour Tuscany.

Feature Image with thanks Jack Seeds, Unspash. Article and all other images sincere thanks to Linda Linhart