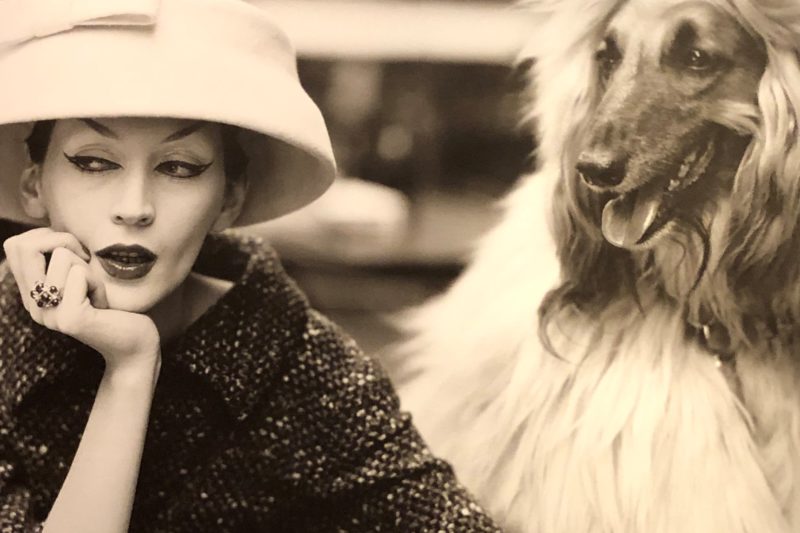 Cristobal Balenciaga was born in the basque country of Spain in 1895  and went on to create one of the most innovative and trend setting fashion houses in the world. Christian Dior, a competitor in the fashion industry described him as ” the master of us all.”

He opened his first boutique in Spain in 1917 and moved to Paris in 1937 because of the Spanish civil war. The French press lauded his work as “revolutionary” and in the post war years, Balenciaga showed the world his  creativity. Shape and form became his hallmark. The empire line, high- waisted baby girl dresses and balloon skirts of the 1950’s were all profoundly influenced by Balenciaga’s designs.

The 1960’s saw the shift style of dress, collars that stood away from the neck and shorter, bracelet sleeves. Jackie Kennedy was a muse for his work and her outfits created by Balenciaga symbolised the elegance of fluid design and detailed fabric. 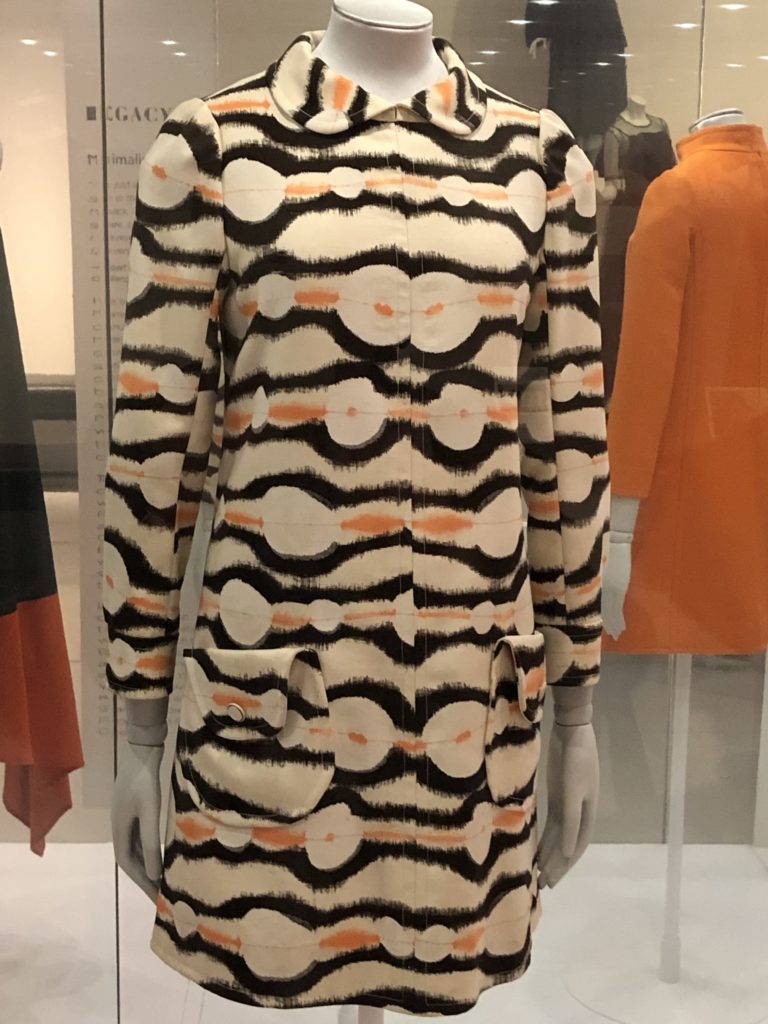 I saw an excellent exhibition of his work from the Victoria and Albert Collection brought to the Bendigo Art Gallery, here in Central Victoria. It’s an outstanding exhibition because it so clearly shows the  influence this designer has had on so many contemporary designers. Balenciaga’s legacy is in understanding shape and volume and its relationship to human form. He taught us about the need for detail in the cut of the dress, jacket or coat. His attention to detail in fabric, whether it is embroidery, texture, ruching or the addition of feathers is emblematic of his designs. 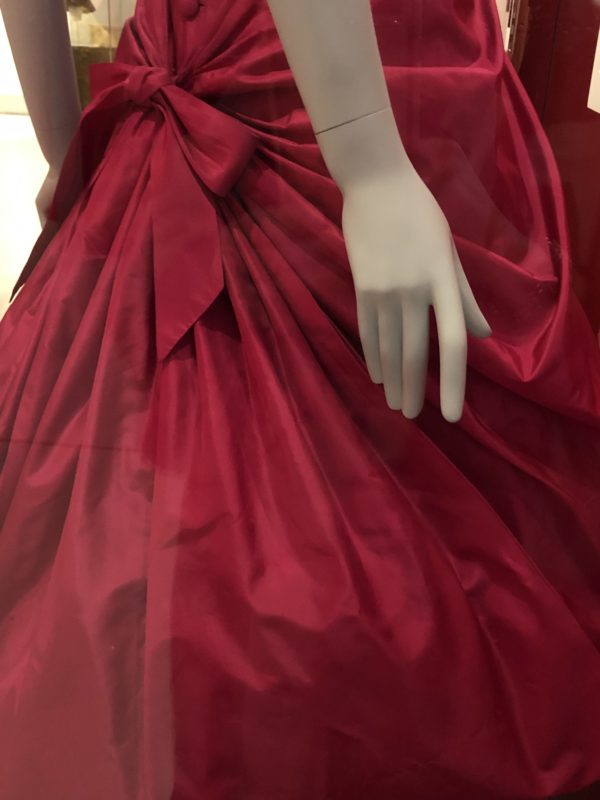 What I loved about this exhibition is that Balenciaga’s influence is featured in the work of many modern designers represented in the carefully curated collection. 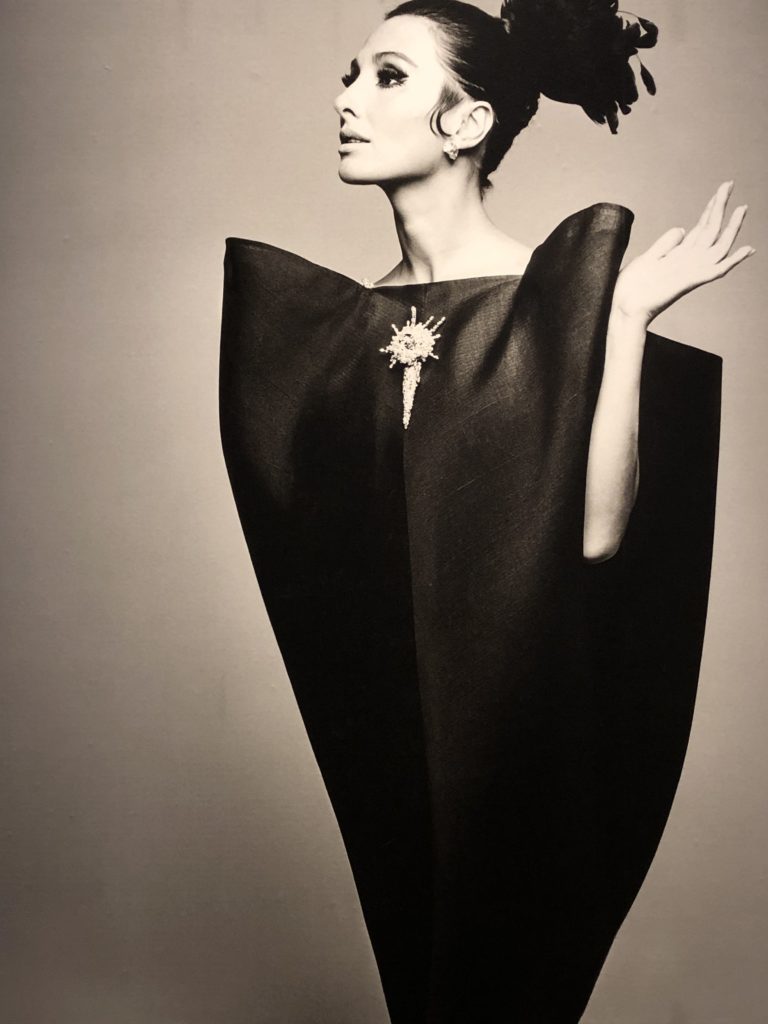 Yuki used skill in creating shape from fluid fabrics and making garments out of a single length of fabric, one seam and no fastenings. This dress features straight tubes of pleated polyester, shaped with plastic hoops..a lily by any other name…. 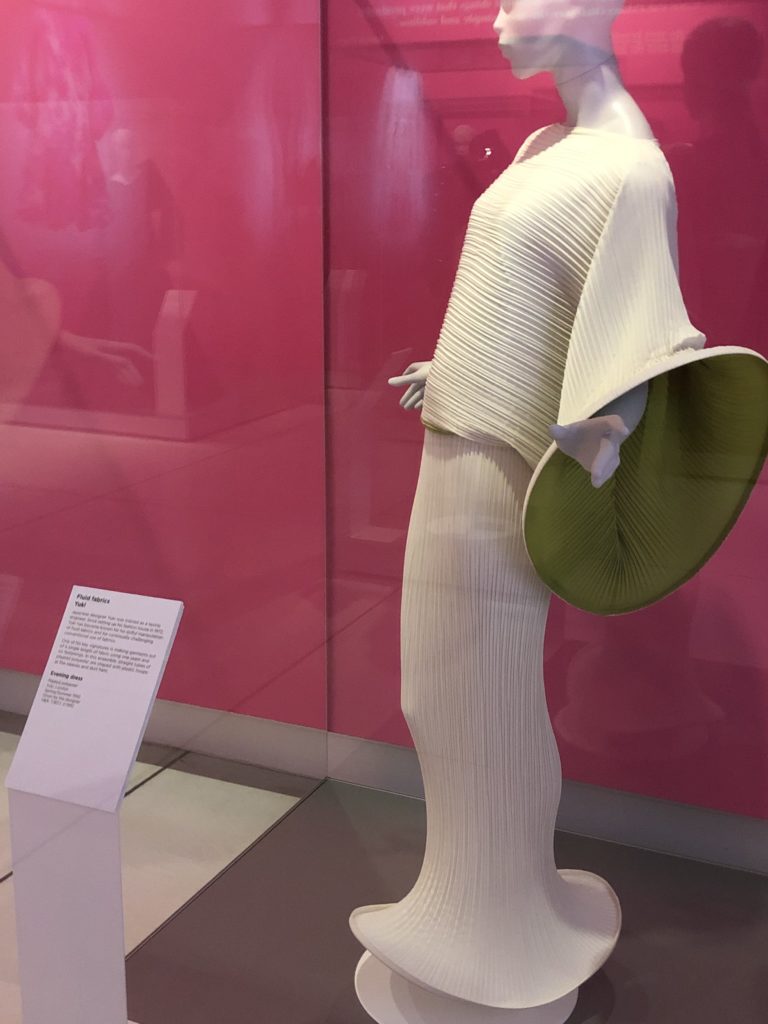 This is a wonderful exhibition of Balenciaga’s work and his role as an Influencer..many years before the term was in common use.