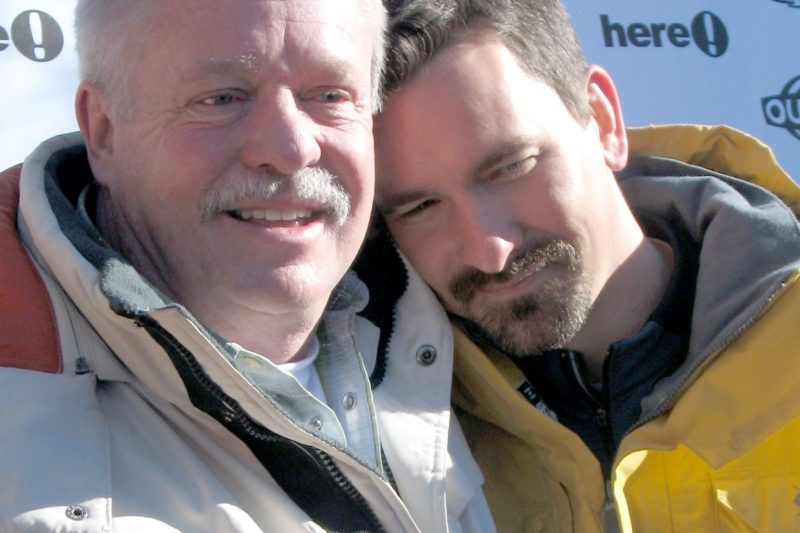 Have you read any of Armistead Maupin’s books such as Mary Ann in Autumn (2010) or  The Days of Anna Madrigal (2014)? ? Have you watched the Tales of the City miniseries on Netflix? It’s the story of a young and naive Mary Ann arriving in San Francisco and taking up rooms in the guest house of the  slightly eccentric Anna Madrigal. Until a week ago I had never encountered his work and this delightful story. “ The Untold Tales of Armistead Maupin” is a well researched and touching documentary and  worth a look. It tells of a man from a very conservative background who became a champion for LGBTQI rights.

Armistead Maupin is 75 years old now. He was raised in North Carolina in a conservative family of lawyers and military people. Maupin was firmly entrenched in a right wing, even segregationist allegiance. Jesse Helms, a right wing US senator nominated Maupin for the Patriotic Award. Maupin went on to serve in the US navy including one tour of duty in Vietnam.

He became a journalist on the San Francisco Chronicle. Tales of the City began life as a series of newspaper articles published in 1974. The articles were later reworked into a series of books (nine books) written from 1978-1989. Tales of the City has been translated into 10 languages and more than 6 million copies in print. He was one of the first writers to openly write and talk about AIDS and the life of gay people in his work.

Olivia Dukakis and Laura Linney star in the 3 part mini series of Tales of a City. It’s a warm and beautiful story of the lives of people centred on the guest house in San Francisco. It tells the story of this city through the eyes and experiences of its characters. Dukakis plays the transgender “landlady.” Linney the naive young adventurer that comes to stay.

Maupin has also collaborated on musical projects and written other books outside of the Tales of the City genre. Michael Tolliver Lives (2007) is one such book which tells of a man in his 50’s living with HIV.

San Francisco was a hot bed of creativity and social change in the 60’s and 70’s and beyond. The University of California at Berkeley was the focus of student protest in 1960’s. The poet, Lawrence Ferlinghetti (he’s 100 years old now) opened the City Lights bookshop and this became a mecca for poets, writers, musicians and artists. Kerouac, Ginsberg, Elise Cowen and Bukowski all gave readings in this bookshop.  It was a vibrant city embracing exciting times in history and Maupin’s early career was in this setting.

So while his background was conservative  and Southern,  the documentary explores Maupin’s journey to out himself as a gay man, marry his husband, Christopher Turner, a photographer in 2007 and become a gay rights champion. He tells his own story in the doco. and it’s well worth a watch. Ian McKellen is a close friend and adds personal stories to the documentary, as do many other voices.

I’m about to launch into some of his books and explore further the work of this fascinating man. A “Great Find” as they say. He’s the sort of man you’d just love to invite to dinner!