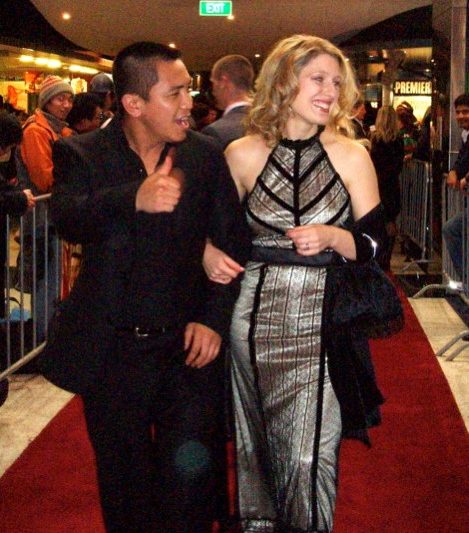 Cool weather television is here again in Melbourne and it’s such a relief after unsuccessfully foraging for interesting content on other platforms for many months. Anh Do is one of those people you’d like to have as a friend. His smile is infectious and one of his talents is to put people at ease and bring out human stories in an atmosphere of warmth and genuine interest. He’s a fine interviewer and also a fine portrait painter. As he chats with his guest he casually works on their portrait with what appear to be kitchen utensils…or at least an array of palette knives.

This 30 minute TV series on ABC is back for a fourth season of 14 episodes. In the past he has interviewed and painted Jack Charles, Jimmy Barnes, Magda Szubanski, Kate Cebrano, Terri Irwin and many others. Last night was Michael Clarke’s turn. The talk was cricket but also the human stories of resilience, disappointment, injury and recreating a life after the world of cricket. The show rated no 1 in the entertainment category and no 1 in its timeslot across all TV stations last night. 625,000 viewers tuned in to see Anh’s Brush with Fame.

Ahn Do came to Australia in 1980 as a Vietnamese refugee. He has carved out a successful career as a portrait painter, media personality, comedian and writer. “The Happiest Refugee,” released in 2010 is a best seller. His children’s books, the WeirDo  series are also a hit. His travel show on channel 7 rated highly. His live shows are a sell -out. As far as I can see the format of this show hasn’t been copied by any other network- yet- perhaps finding such a combination of talent is the major obstacle.

It’s a program without ego, with humanity, kindness and a skill for story-telling…and his portraiture isn’t bad either! Check it out if you want a gentle and interesting look at how “famous “people are really a lot like us.

All images with thanks Wikipedia