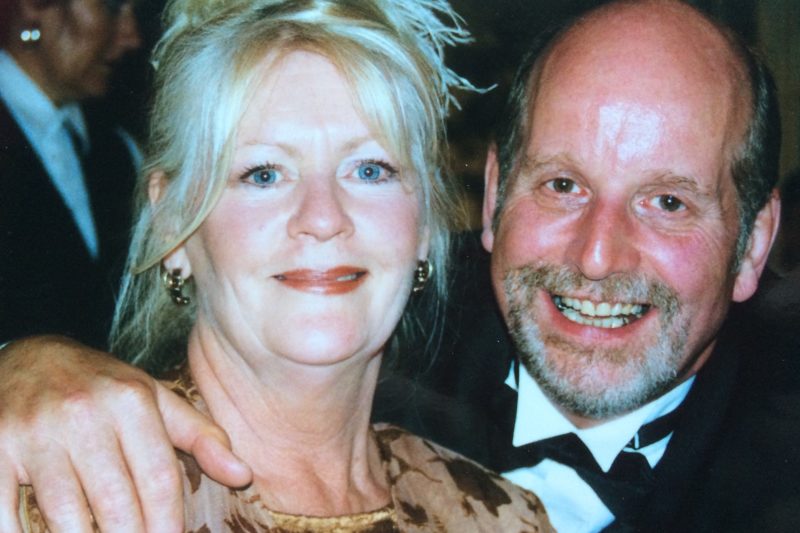 This week we continue our romp through the land of love, dating and relationships. I’m so excited to welcome Al and Linda Straub to Viva 70 as creative contributors. We met some years ago. Our paths cross every few months and it doesn’t matter how long it’s been, our stories and conversation just pick up from where we left them.  When Linda and Al walk into the room they fill the space with warmth and connection. They are hugely special to each other and to all their friends and it’s a privilege to share their story this week…………..

The Beatles are synonymous with the “Swinging Sixties” but their iconic reach extended far beyond the realms of music and fashion.  They didn’t span the decade; they defined it.  A pop sensation became a total cultural phenomenon.

And so it was during this time that young blossoming love sprouted everywhere.  Our lives were inexplicably changed, seemingly overnight. And the happy, fun music of love from the Beatles was an explosive inspiration!

It was on the 7th floor staff cafeteria of the department store, Myer Melbourne, where I, along with all my workmates from the Boyswear Dept,  routinely gorged ourselves with pies and gravy-drenched mashed potatoes-‘n-peas each lunchtime.  Then one day the lift doors crashed open and among the massed throng of hungry staffers, out stepped this breath taking  vision of loveliness ….” I Saw Her Standing There….”    I was instantly dumbstruck, gobsmacked, deliriously besotted and madly in love, as she sauntered to join the lunchtime queue. “….Got To Get You Into My Life….”

I just couldn’t take my eyes off her.  This diminutive and  petite package of beautiful brunette from the ground floor cosmetic department so impacted me this day that I knew I’d had to see more of her.  So each day I timed that our lunch hours would coincide, and I’d always linger in the queue over the smorgasbord of delicacies at the buffet.  In the hope of catching her eye I’d start up a conversation about whether the mash would be better than the chips!  And what about custard over the apple crumble?  “….I Wanna Be Your Man….”    “….I Wanna Hold Your Hand….”    “….I Need You….”  “….Honey Pie….”

(Now for a remarkable coincidence of family fate.. In 1940 my father was contracted by Myer Lonsdale Street building, as a painter. He spied the future love of his life, this woman-who was a personal dress maker to the Myer family.  She worked on the 7th floor and as the romantic story has it, she was known to be sending him love messages wrapped around cotton reels, thrown from a window to him below at street level.  He was besotted and declared to all that his true love was found.   Upon first meeting her, he ever so bluntly told her that he was going to marry her one day.  My parents married a few years later…..)

So our blossoming canteen food fetish became blatantly obvious to other staffers and friends as we’d sit at opposite ends of the ugly long canteen dining table as if nothing was happening.  All eyes would swing from her to me and then back  again.   “….All Together Now….”      This ritual eased as we began to sit closer each day. The excitement was palpable  “….Oh !  Darling….” with all my mates egging me on.  “….I Call Your Name….”

If there happened to be a day that she didn’t show up, holy-moly I was riddled with remorse, despair and indigestion!     “….Don’t Let Me Down….”

The ground floor cosmetic department at Myer was a massive thoroughfare for mankind. Whenever I could get either a toilet break or any excuse to get off the 5th floor Boyswear dept, I’d swagger myself down the lifts- or vigourously race down the 5 floors of the stairwell to the ground floor cosmetics department,  just to see her, to be near her…… ..“….You Won’t See Me….”

Nonchalantly and aimlessly I’d  drift past Mary Quant, Max Factor, Cyclax, Yardley, Paul Duval and more, I was overcome with the heady  fragrances as I desperately sought her out behind the Coty counter   “….She’s A Woman….”    Her full head of hairpieces seemed to make her much taller. Little did I realise there was a hidden platform on which she balanced as she gingerly attended to some of Melbourne’s grand old dames with eye make up, lipsticks, rouge, eye shadow and mascara.  “….Lovely Rita (Meter Maid)….” Linda, this trendy cosmetic impressario groover was enhanced with full face paint, pancake makeup and top and bottom eyelashes that resembled a moving centrepede!  Her look was dramatically impish, and fashionably Twiggy in a theatrical way which emphasized her mini skirt that just looked like a large belt!    “….And I Love Her….”

As our friendship grew, all our weekly wages just vanished. Exciting fashion trends meant we returned much of our wages back to the store as we purchased the latest designs.   The  ongoing after-work pub life led to late night discotheque’s, or manic parties further enhancing physical and always financial exhaustion – but stress wasn’t invented back then!  Our deepening courtship was always safely guarded with an entourage of  5-10 of my close mates who were  always with me. They simply took my girl under their wing.  She became one of the boys.. well one of the gang actually, like their adopted sister! Whenever I’d drive my trusty beat-up 57 Volkswagon through the city from east to west to visit her, there to behold my lovely, were 3 or 4 or more, guys falling out of the car.

We inadvertently became a couple with no plans, indeed no plausible imaginings of responsibility, as our lives were one big party with our mates. But it was in late 1968 at a mate’s wedding where we had our first fight and she threatened to call  the whole thing off.  In a stifled rage in the 57 Volks. at 4am, on the way home, I drunkedly swerved the car sharply and it rolled onto it’s roof.

I thought I’d wet myself until I realised it was petrol pouring over both of us. No seat belts in those days and  hysterical with fear,  we clambered out from the upturned car.  We both collapsed in the gutter.   It was the first time ever we’d not been smoking in the car.   “….Run For Your Life….”     I really don’t recall getting down on one knee in the gutter   but I do specifically recall her screaming, squealing, and wailing in happy tears …”YES!”  “….She Loves You….”       Our tears of joy and relief in surviving the crash gave  meaning  and healing in our lives together at that moment.  A joining that united us together to share as long as we both shall live.  A life of honour and valued  trust, with honesty, respect, and a non competitive edge – together sharing  a compassionate affection called true love. 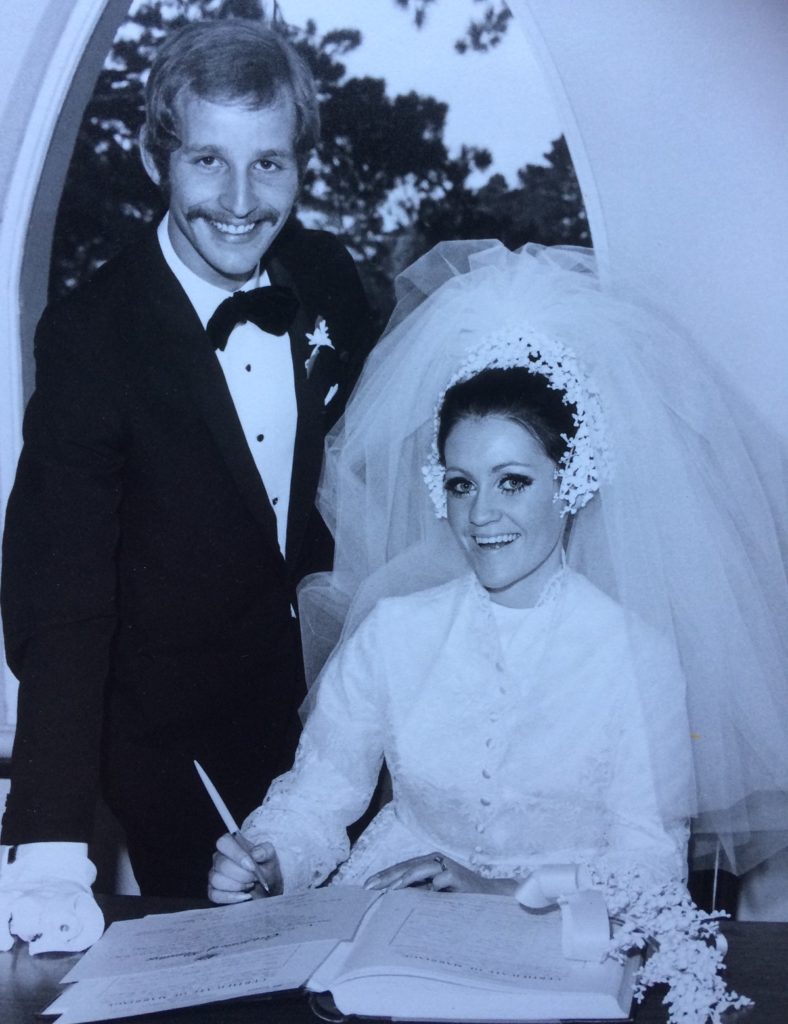 The Love You Take

Is Equal to The Love You Make. 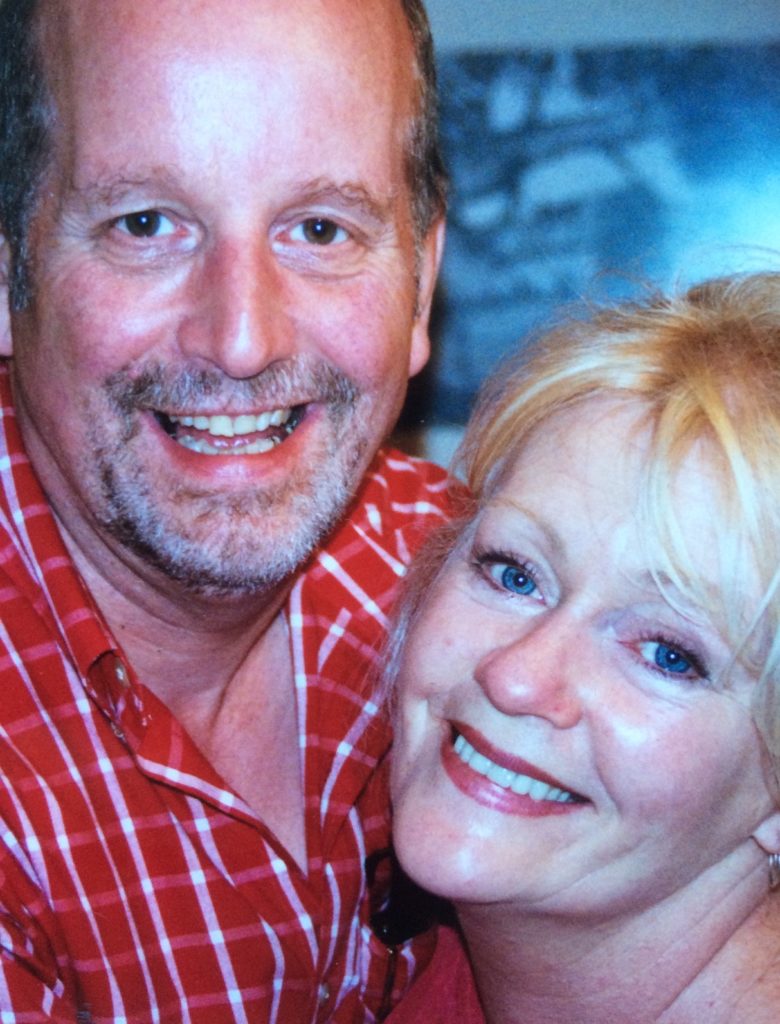