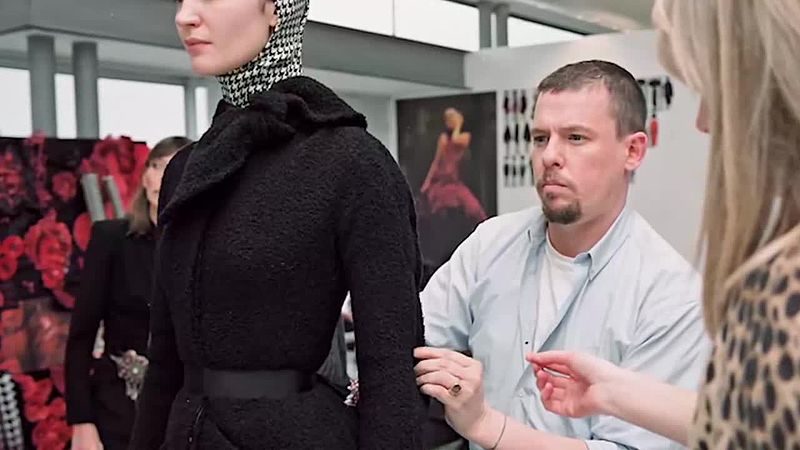 This was the very first article I ever wrote, two years ago for Viva 70. It took me a week of research and drafting, editing and angst to create this first piece of content. It was a magical moment. I felt very daring putting my writing out there, but as they say…walk with fear….. and two years later Viva70 is still alive and a community of people beyond what I had hoped for. Writing and creativity are funny beasts. Sometimes the article is bursting to get out. Sometimes it’s a 40 hour labour. Sometimes the result is a shiny gem and at other times a plodding diatribe. But it’s worth the risk and the effort. Alexander McQueen was the genius wild child designer who inspired me to dare to believe I could be creative. I’m still learning but thank goodness I tried and continue to try to be a better writer, photographer and communicator.

Has anyone seen the documentary about the very talented fashion designer Alexander McQueen?

I knew little about this extraordinary designer. Images of a surly punk in a tartan kilt. Isabella Blow, his eccentric muse. I knew his label lives on while his life was cut short by suicide. I knew his work was “edgy” and interesting. I vaguely remember something about robots on a catwalk spray painting a model in her white dress with black and yellow paint. That’s it really.

I have always seen fashion as an art form or as Anna Wintour, editor- in- chief of Vogue says, “Fashion is applied art.” What fascinates me is how people create. There seems to be a mid-range of creative talent, the “Ok this is good” type of creative talent. But once in a while someone comes along- a very unlikely candidate for genius and a creativity that simply astounds. It’s visceral. It makes you gasp. It moves you. 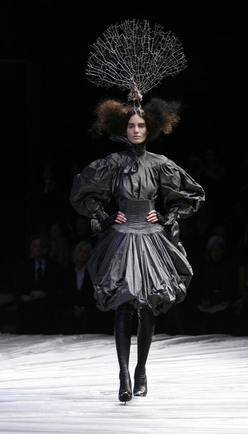 My mid – week excursion to the cinema to see the documentary “McQueen” was devoid of any expectations. A quiet afternoon session. I read the film notes. Released in June 2018. Directors Ian Bonhote and Peter Ettedgui. One hour and fifty one minutes long. Plenty of time for coffee afterwards. The lights went down and the rollercoaster began.

The kid from a public housing estate in Lewisham knew what he wanted at an early age. Lee Alexander McQueen left school at 16 with one O level GCE in art. He talked his way into a tailoring job in Saville Row where he mastered precision pattern making and tailoring. Then a stint creating theatrical costumes. In Milan he joined the design team of Romeo Gigli. Four years after completing his MA in fashion design he joined the house of Givenchy as the head designer and established his own brand at the same time. Gucci bought a share in his brand and gave him the financial freedom to fully explore his creativity. He was awarded the British Fashion Council’s designer of the year four times and a CBE from the Queen. In Mayfair in 2010 he hanged himself. Such a terrible loss and tragedy. That is the career resume.

But what the documentary showed with such energy and pace was the power of creativity to disturb, fascinate, astound and somehow pick you up and throw you at the wall emotionally. How can fashion do that?

As one commentator says “No-one can create emotions like Alexander McQueen.” McQueen himself says “I don’t want anyone walking away from one of my shows as if they’ve just had a Sunday dinner. I want them to feel some emotions- repulsed or exhilarated.”

And that’s exactly where his shows take you. The “Highland Rape” show (1995) disturbs, shocks and horrifies. Is this art? Is this misogyny? Is this creative genius? Is this theatre? Is there anything wearable in this show? Or is fashion so much more than wearable art? 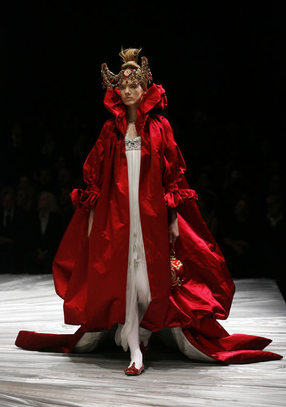 As the shows progress and his genius explodes the documentary explores the personal cost of such creativity.  Mc Queen is seen exhausted, demanding, volatile and with relationships stretched and broken. Fourteen shows a year and the treadmill of “that was brilliant now do it again, do it different, and do it even better.” As he says in the documentary, “It’s a jungle out there. We can all be discarded very easily.”

Watching the narrative unfold you know it has to end badly. No human can endure the insane pace, the snarling fashion industry and its commercial demands. Somewhere in there is a man who will collapse under the strain. The death of his mother and his good friend Isabella Blow were the catalysts to his own self- destruction.

Quietly and sadly, sitting with my coffee after the film I wondered where such creative genius comes from. What creates and sustains such drive and passion? Is it inevitable that very creative people live troubled lives? Is the myth of the tormented artist really so far removed from reality?

This doco is out now on DVD and Netflix

All images sourced from Wikipedia creative commons with thanks