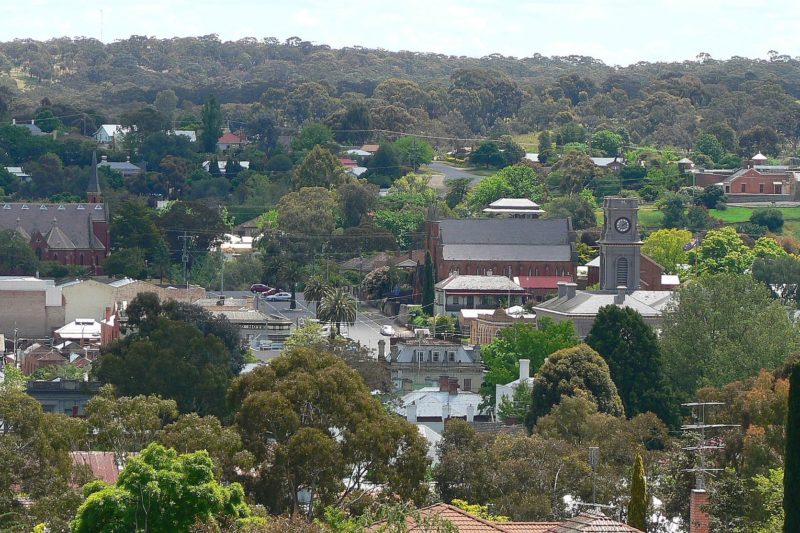 A recurring theme in the stories of our generation is the search for a new way of life. Recently, we read about  Inge Hatton’s inspirational journey from Montreal in Canada, finding a Buddhist path in Colorado which led her to establish a new way of life in Nova Scotia. The theme of transitions and fulfilling dreams in our older age is something we can all relate too. This week we head to Central Victoria here in Australia.  Chris O’Connor and his wife Sandra take us on a different path to a passionate restoration of a beautiful old cottage with its own stories to tell. But it’s also a story of creating a home on the property for his elderly parents…in essence building two houses! It’s also a beautiful story of a shared vision, fulfillment and reinvention in our later years. This is part one of Chris’s story.

It was three years ago that I reached the milestone. Forty years in the workforce. When I left school I had no real idea about what I wanted to do with my life. So I tended to drift into things. I had been a public servant, studied at night and worked my way up the ladder. Then, I threw it all in, did an apprenticeship, became a tradesman and joined a family business. Another change of direction found me toiling away at a desk, working long hours to meet endless deadlines. Ten years later I headed to Western Australia to seek my fortune in the mining boom. But these are all stories for another time. The one common thread was that I was doing what I had to do, not what I wanted to do. So in January 2016, I quit my job and together with my wife Sandra, we packed up and headed south.

We have three daughters who, for various reasons, had made Melbourne their home. We were thinking that it would be nice to be closer to them, to be able to catch up for coffee, go shopping together, or help fix the leaking tap. As it was, we were living in the central west of New South Wales, a long way from major airports and freeways, with the result that we were only seeing the girls a couple of times a year.

So it was decided. The Victorian Goldfields is an area in central Victoria where massive amounts of gold was found in 1850’s. People came to “the colonies” from all over the world to make their fortune. Italians, Cornish miners, the Chinese and Irish all had settlements in the area. Due to the extraordinary wealth, grandiose Victorian churches, city halls and pubs proliferated. We found a little cottage in the Victorian Goldfields and we headed off to start a new chapter in our lives, one where we could finally do the things we wanted to do. I was going to have the “gap year” that I never had when I left school in 1975. 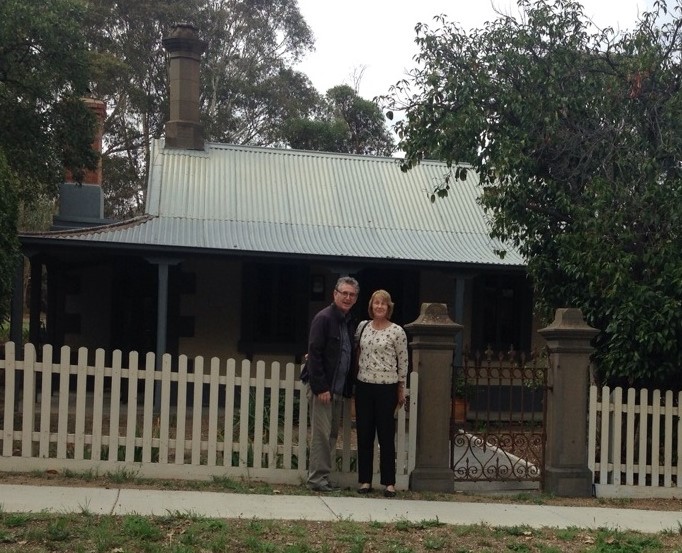 The miner’s cottage we bought was full of history and charm.  Built around 1864, it was originally the home of the stonemason James Redfearn. He hailed from Derbyshire in England, and was originally apprenticed to Joseph Paxton (the architect and horticulturalist of Crystal Palace fame and Chatsworth House), before coming to the colonies for his health (and maybe also the allure of gold?)  There are still traces of James today, with lots of stone chipping lying about, being the remnants of his stonemason’s business.  When overturning a garden step, near the side of the house, we discovered that it was (hopefully) a disused gravestone of one Duncan McVicar who died in 1878. 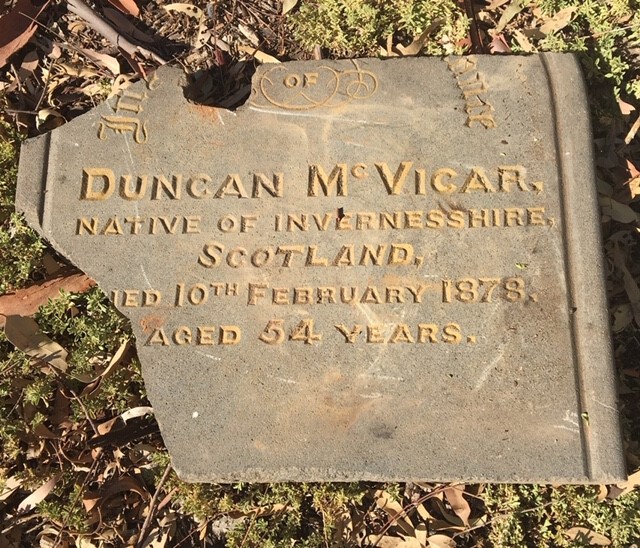 We assume that it was a stone that James had made for the late Mr McVicar, but which broke before it could be used. Not wanting to waste such a good piece of stone, I guess it was turned over and made into a garden step, happily serving that purpose for the next 140 years.

In spite of its history, however, the cottage is very small and we knew we would have to make some changes, particularly as we were bringing my parents along for the adventure. They are in their late eighties and we wanted them to be with us.

Before settling on buying the cottage, we had looked at houses that had granny flats, but nothing we saw was suitable, at least not in our price range. The houses didn’t interest us and/or the granny flats were basically sheds that were too small to swing a cat. We wanted mum and dad to have a place that felt like home and where they could maintain their independence, but have us on hand when needed. So the only answer was to build something that fitted the bill, for us and them.

The cottage is set on a large block of land. 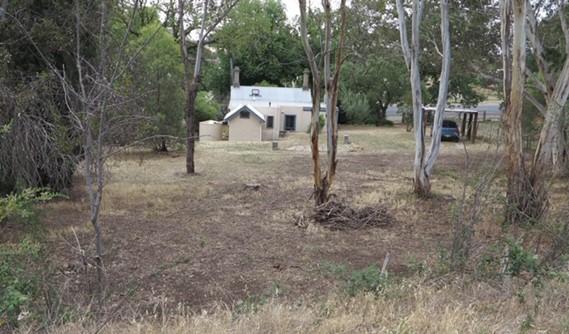 We could build a second dwelling for mum and dad and construct additional rooms for the cottage to make it more liveable. Maybe a garage and studio/workshop could also be added to house a number of retirement projects.

This was what I was looking for. I was going to do what I wanted to do, not what I had to do. This was my project.  A project that involved me working with my hands.

I would do most of the building myself (or at least as much as I felt competent and comfortable in doing). I had spent some years working as an electrician. I had worked on a lot of new houses, watching the carpenters and other trades, and saw how they did things. To me, it seemed simply a matter of using the knowledge that I had picked up along the way, together with having the right tools. How hard could it be!

But, first things first. We would have to come up with a design for the extensions and new buildings, and decide how much we could do ourselves and how much professional support we would need. We would also have to deal with Heritage Victoria (yes, we bought a heritage listed property!). And we would have to navigate the choppy waters of councils and other government and building related organisations. Should be simple? Sorted out in no time? We’d be building before we know it!

So next time, in Part Two, we get down to tin tacks. Stay tuned!