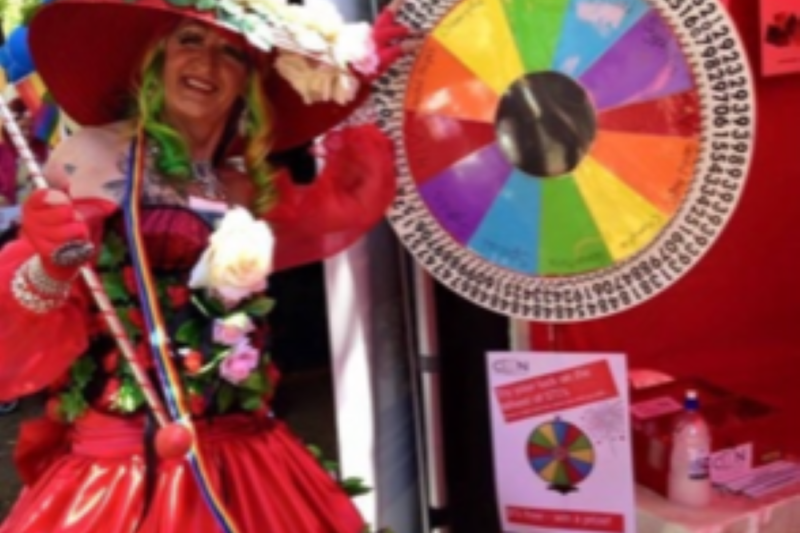 This week I met a remarkable man. Let me set the scene. It’s my first interview in over a year for my Ageing Well book. For the past year a Covid world made meeting people a risky business. So today I’m as excited as a kid at Christmas as I source pastries for our morning tea and head off into unexplored bushland, forest and winding roads to meet Max Primmer. I’ve known OF Max over the years in this small community. His name and photos pop up all over the place, but this is our first chat.

A warm smile greets me as I step out into acres of sweet – smelling bushland and his lovely home. It’s raining lightly and the parched soil releases that deep earthy smell I love so much in early autumn. Max tells of the family of kangaroos who visit the land surrounding the house. The whole area is a conservation zone and wildlife abound.

Over a cuppa we start to share connections and weave the soft threads of conversation that establish how this will flow. It’s so easy. Max is a well – practised and natural storyteller and I nestle in the comfy chair as the words tumble out and I’m enthralled. This is SO lovely. It’s a gift to be able to spend time in someone else’s world. So who is Max Primmer and why is his story so important for understanding how older people can age well?

Max was born in the farming community of Koroit in Victoria in 1949. He was raised on a dairy farm with his sister and later a little brother. Aunts and uncles owned nearby farms.  and life for a child growing up in the country was about riding bikes, working on the farm and always having someone nearby…cousins, grandma. It was a close family.

Max and his sister were close and as kids played a game of Toni and Terry, two girls who dressed up and played out their stories.  Max wore girls clothes in his play. What did his parents think of young Max prancing around the farm in girl’s dresses with his sister?

” They couldn’t give a rat’s arse…” Amid laughter and great imagery, a picture starts to take shape of a man who at an early age was accepted as gay, unlike so many other men who experienced rejection and had to hide their identity.

Life for this country boy was secure, supportive and never lonely. His father taught Max a passion for trees, animals and the land and being a farmer was at this age, Max’s dream. He went on to study agriculture and at 15 was working on the family farm. But with a difference… the family decided he should share in the profits of the farm and have a real stake in its success. This meant that in 1964 Max was making good money for a young kid and learning the family business.

At 15 Max had his first boyfriend. On a Saturday afternoon they met at the cinema in Port Fairy, a small coastal town not far from Koroit. His boyfriend was 17 and soon to be licensed to drive a car (Good thinking Max!) The car in question happened to be a large Cadillac owned by boyfriend’s dad and so they cruised around town in this oversized Caddie with not a closet in sight. Max and his boyfriend came out to his mum and dad and there were love notes and sleep overs. No one blinked when the young lovers emerged from the bedroom to join the family for breakfast. Oh the healthy normality of it all!

In 1970 things were about to take a left turn. Max’s dad had been shire president a number of times and politically active in labour politics. He was being coaxed into federal politics by none other than Bob Hawke and Gough Whitlam and in 1971 Cyril Primmer was elected to the Senate. Max has vivid memories of sitting at a dinner table in the old Parliament house in Canberra with his family and Gough and Margaret Whitlam, Australian Labor Party heroes and ex-Prime Minister. Cyril Primmer was a senator for 15 years and a life of farming gave way to frequent travel to Canberra and his political life. The farm was leased to a shareholder farmer.

All life stories have their deep, dark times and we both wept as Max told the sad story of his younger brother dying in a motorbike accident at the age of 21.

“So how did you come to live in Melbourne?” I ask…

Max came to Melbourne in late 1969/70 and worked in the ACTU (union owned) store as a retail assistant. It was around this time that Max met Ken who became his partner for the next 30 years. Ken lived with his aunty and again the story is one of tolerance and acceptance of the normalcy of being gay at a time when it was still against the law. They may have slept in a single bed at aunty’s house for 2 years but there was no ostracism or judgement.

Balls and major dress -up occasions were a big part of Melbourne’s gay scene at this time. In 1976 “ the boys” met Rodney at a party who was a fantastic designer and costume maker and so began another chapter in this amazing man’s life. At one ball four of them went in crinoline’s designed by Rodney. The Drag Queen phase of Max’s life was well underway!

In 1986 Ken found himself unemployed so ever resourceful, “the boys” bought a milk-bar in Sandringham.. (a sort of corner shop for our overseas readers!) It was near a school and the kids often came in for lollies. Ken and Max were delighted when the school principal asked them if they would consider being part of the Safe Spaces program operating in Victoria. The idea is that designated places and people  in the area are nominated as trusted and safe if kids are being bullied, frightened walking home from school or just want to have a chat. Max and Ken were able to have conversations with kids about what it’s like to be gay men. Remember this was 1980’s when Aids and Grim Reapers invaded our ignorance.

Sadly, Ken died in 2000 and Max had to make a huge adjustment to be without his partner of 30 years. In 2003 he came to Daylesford for the first time. Daylesford is a community about 90 minutes from Melbourne with a reputation for being inclusive and welcoming. In March each year it hosts the ChillOut festival, a celebration of the LGBTQIA community and the street parade of wonderful costumes and gay pride is a much- loved event. Max came to Chill Out in 2003 and a week later he moved to the area, rented a house and set up a cleaning business with his first 8 clients on the books!

Max and his dresses and hats had arrived!  Soon he was active on the ChillOut Committee, and a volunteer extraordinaire. Everyone knew Max! “ I’m an extrovert” says Max..Oh really! His outfits at Chillout are a highlight of the parade and he gathers a team of creative friends who each year  design, sew sequins and beads and create extraordinary outfits until the late hours in readiness for the big parade. This is theatre quality costumier.

In 2008 Max suffered kidney failure and a weekly regime of dialysis became part of his life. I’m horrified when Max talks about the process of three times a week being hooked up to a machine for four hours  that removes waste and keeps the body functioning. But here’s the thing. Where I see catastrophe and angst Max says..” It was alright. All I had to do was sit there, have a cuppa and chat to the other nice people.” There it is again. A frequent theme in these conversations about ageing is the power of the mind to curate and reshape stories for resilience.

In 2009 Max was put on the kidney transplant list. In 2010 he had open heart surgery and valves were replaced in his heart.

But the big event(!) was  in March 2012 when Max was given a kidney transplant after the unfortunate death of mother who had 3 children. Max calls his kidney Gary, after his younger brother. Max became involved in a donors and recipients support group and at an event a man walked up to him and said, “That’s my wife’s kidney you’ve got.” ….. and walked away. Max was stunned. Months later Max had lunch with this man and his daughters and said it was a very emotional but positive experience for them all.

By this stage we have been talking for two and a half hours and I’m scrambling to fill out notes, remain fully present and listen well and also a little overwhelmed… how big can one’s life be……..? The answer clearly is “ As big as you make it!” 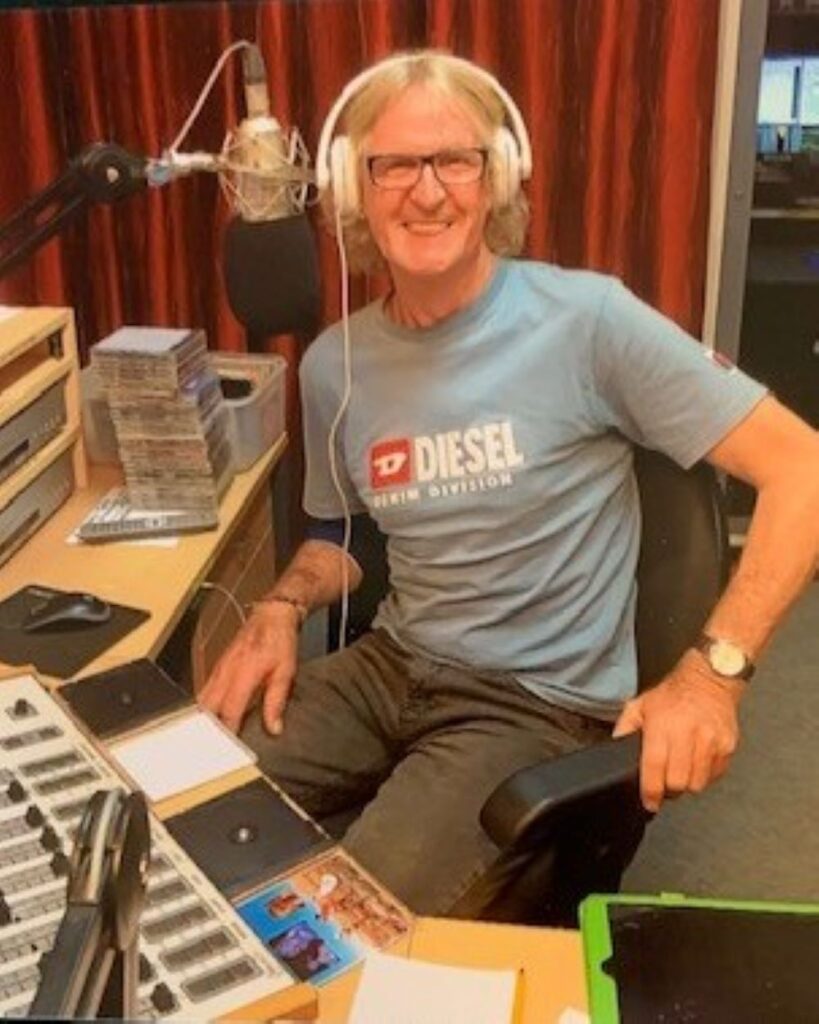 None.. I love every day!

I ask Max about money- he’s never mentioned it. Yet he’s obviously been very resourceful in running businesses, finding jobs and living the life he wants. Max talks about money to survive, go to a movie or meet friends at a café. Money to do a few things. That’s its importance. I ask him about his current community involvements. “ I’d like to do more” he says.

“What do you currently do?  I ask.

I volunteer at the local community cinema

I’m on the “Ageing with Pride” committee at the local Aged Care facility, Hepburn House.

I’m a volunteer driver at the community health centre

I’m a volunteer at the local hospital dialysis unit just talking to patients and so on…..”

As I drive back along Eucalypt lined country roads the spirit of Max’s stories, his generosity and kindness travels with me. I smile as I remember his collection of dresses and outrageously wonderful hats. I’m am so lucky to call this little town my home and meet wonderful people like Max willing to share their stories.