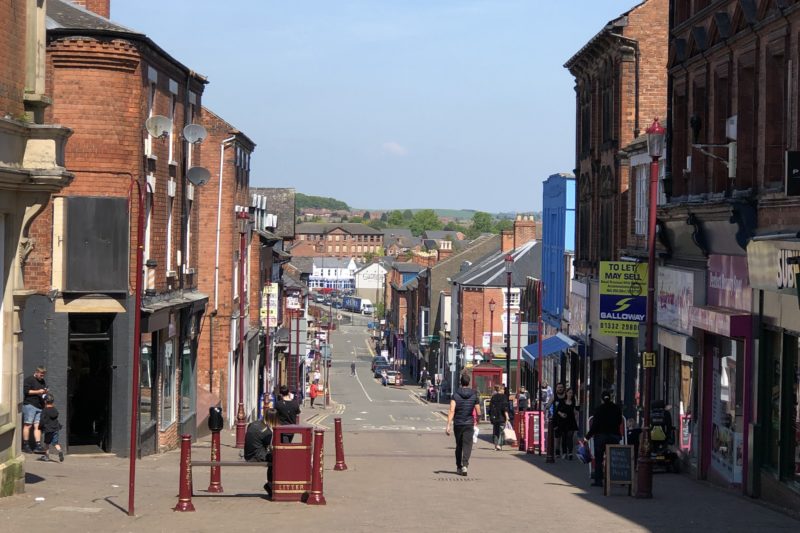 Ilkeston is a town In Derbyshire in the UK, first established on the banks of the Erewash River around the 6th century. During the 19th century,It grew in size due to the numerous coal mines in the area and the existence of Stanton Ironworks, which supplied iron to major projects such as the building of the London Underground.

Market square is at its heart along with a church on the hill. On Saturdays a bustling noisy market bought fresh produce to its townsfolk with each caller competing with the next stallholder for loudness and wit. The cinema and numerous pubs provided entertainment for generations of miners and their families. Saturday matinees were a treat and fish and chips with malt vinegar from the local chippy was an added bonus. There was a library and a food co-op and an annual fair was held every October. The Ilkeston Cricket club and local football also bought people together. There were seriously competitive darts matches at the pubs, trainspotting, fishing and  pigeon racing as other distractions from the hard life of working in the ” pit” as the mines were called.

I grew up in Ilkeston from the age of 1-5.(1950-1955) When the family moved to a new home in Nottinghamshire, Ilkeston was still the closest town to my new village existence. As a teenager I had  new found freedom in being allowed to ride the red bus that launched me into Ilkeston market square and “the pictures” most Saturdays. This town was a vital part of my early life until the family left for Australia in 1966.

Last week I returned to Ilkeston after 53 years. I road the red bus  with my head bobbing from one view to another trying to identify places, memory joggers to an earlier story. Heart beating, this was exciting. Some places renamed, others reshaped, roads widened and the cobbled streets now pedestrian walks. It was mid-day. The market place was quite empty. The pubs were full and apart from some young people screaming and swearing at each other, there was little life in the heart of town. I walk down the main street. Shop fronts are boarded up and pubs, charity shops and vape shops (e-cigarettes) seem to be the only viable businesses. The cinema has moved into an old wooden hall. Old people  on scooters  stumble along the cobbled streets.  A funeral hearse makes its way to the church and even young people stop, bow their heads and make the sign of the cross. Then they continue yelling at each other! Young women with babies stop for a chat. It’s a warm day and men strip off their shirts and parade their tattoos and beer flab as they preen and strut along the street.  Social welfare agencies dot the landscape and billboards tell people there is help available for their depression. I feel empty and sad. This town has changed so much. It’s a ghost town. There is no work, people drink, knife crime is up and its bleak.

Ilkeston is known for its dialect. Its one of the places that has retained a strong distinctive ” Ilson” dialect. I take numerous photos and make my way down the hill to the street where I spent my first years. I’m on a mission to find the place. My memory is in tatters and I’m anxious. I spot a church…..yes this was where I went to Sunday school and they gave me a Jesus stamp to glue on a card…sort of like a coffee card… when the card is full you get a present- usually a bible not a coffee! At 4 years old I thought this was fantastic and mum would walk me to the end of the street to the church and leave me there for a moral education, returning to pick me up after her hour of peace.

I see the street sign ” Bloomsgrove Road.” This was my street!  Mum and dad, newly arrived refugees from Eastern Europe borrowed the deposit for their first home from a fellow Lithuanian. The 2 up 2 down terrace row house had a bathroom and toilet at the back of the garden…the out-house or privy. All the houses have been demolished but a few grimy blackened terraces at the start of the street. I start to take photos and remember the narrow alley ways between the terraces, the tiny windows, coal fires, wall paper turned yellow from chain- smoking, so prevalent at the time. I remember the smell of damp. I also remember the little garden my dad made “out at back.”

Consumed by my photography, I didn’t at first hear the piercing shriek from a mother rushing towards me with a pram full of babies. It sounded like this. “Ar yu tekin a fowtow ov me ouse?” I spluttered and asked her to repeat her concern. Clearly she was upset…..a barrage unleashed but something about ” F….. privacy and F…….. kids.”

It’s another world in Ilkeston now. A world I know nothing about. But the language of kindness bridged the divide nevertheless. Telling this story to friends in Yorkshire at the weekend, John explained… ” She invited you in because you’re one of them…..” And although many other layers have been added, I am a Derbyshire coal miner’s daughter and proud of the road travelled. 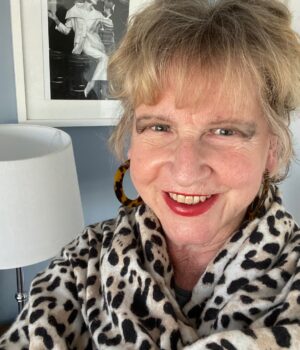