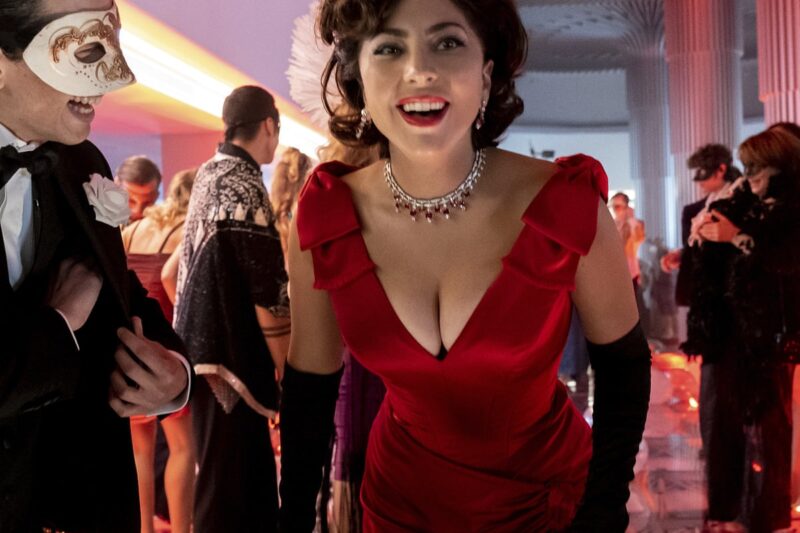 The perfect film for the holiday season has just hit the big screen.  House of Gucci directed by Ridley Scott is delightful, beautiful to look at and with a story that is gently intriguing.

It’s a film that demands little emotional  energy from the viewer. Just sit back, relax and be transported into  ” Succession” like family dynamics, intrigue and the bad habits of the rich and famous. Power, tradition, greed, entitlement are explored in this family tale of how the Gucci family built a brand and then lost ownership of it. We’re told its “loosely” based on truth about the famous fashion house. We’re told the Gucci Family do not like the film!

All of this set against a background of sumptuous villas, yachts, interior design that makes you gasp and dresses that make you moan. It’s a sensual experience not a cerebral one!

The star cast also brings this story to life. Ridley Scott certainly can draw them in! Let’s start with Lady Gaga who does an Ok job at maintaining an Italian accent through out the film (a skill unrealised by Adam Driver.) Gaga plays Patrizia Reggiani, the wife of Maurizio Gucci. Patrizia comes from the wrong side of the rich list, a family trucking business, but she’s sassy and street smart and can spot Cartier diamonds at 3 paces.

She meets  Maurizio Gucci, the son of one of the brothers that owns the label at a party and sees an opportunity. Adam Driver plays the shy, slightly awkward young Gucci- the law student who is soon besotted by the vibrant Patrizia. Driver shows his acting range as over time  he morphs into the confident playboy Gucci.. the power stained heir who squanders it all. He’s a fine actor. 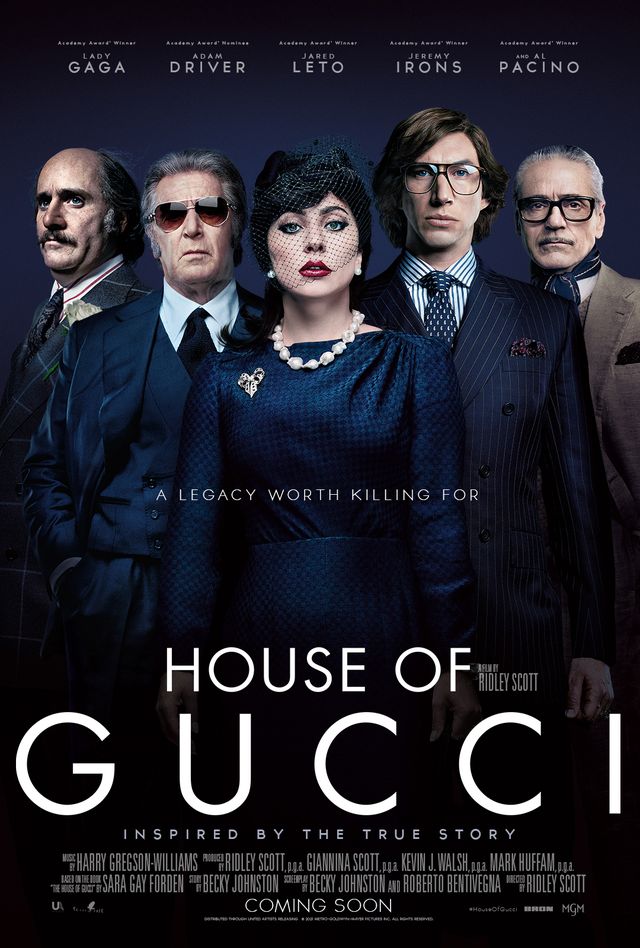 Then we have the patriach owners of the house of Gucci. Al Pacino is magnificent as Aldo – affable, decadent, and a mentor to the younger Maurizio since his own son, is a complete failure and embarrassment as creative director. This flamboyant Paolo is played by Jared Leto. He is absolutely brilliant in this funny, over the top role. Six hours of makeup each shoot day transform him into overweight, balding beach ball of a man. His buffoonery is sensational.

Jeremy Irons play the other brother who in partnership with Aldo owns the business. He dreams of life on the stage rather than being saddled with this fashion brand. His death is the impetus to the unravelling of the dynasty. Salma Hayek plays a support role as  Patrizia’s mystic!

It’s a film about excess and the characters are cleverly eccentric and colourful without becoming caricatures.  It’s a story of love, hate, human frailty and above all, power.  It’s completely escapist viewing until the moment when you realise..this story is real.