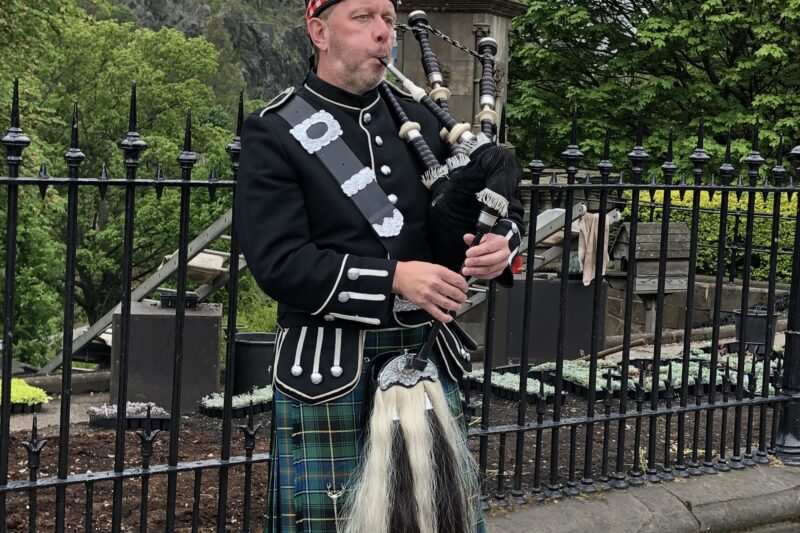 A tall tale arrived in my inbox this week…and fun to share……….

A Scotsman (wearing his kilt and a bonnet) walks into offices of private bankers Coutts & Co in the Strand, London (Bankers to the Royal Family since 1820) and asks to speak to the manager.

He informs him that he is going abroad on business for two weeks and needs to borrow £5,000. The Manager tells him that Coutts & Co would only be delighted to meet his requirements, but that he should understand that since he is not a client of the Bank, it would need some modest security for the loan.

So the Scotsman opens his sporran, takes out the keys and documents of a brand new Ferrari parked in front of the bank and hands them to the manager saying “Will this do?” He also produces the car’s log book and after a phone call everything checks out fine. The manager agrees to accept the car as collateral for the loan; the cashier hands out £5,000 while bank’s porter drives the Ferrari into the bank’s underground garage for safe keeping.

Over lunch manger tells his colleagues the amusing little story of how a simple minded Scot from North of the Border secured a loan for £5,000 offering a £120,000 Ferrari as collateral and they all enjoy a good chuckle as they sip their Port.

Two weeks later, the Scotsman returns, repays the £5,000 and the interest, which comes to £15.41. The manager says, “Sir, we have been more than happy to have had your business and this transaction has worked out very nicely, but we are just a little puzzled. While you were away, we checked you out and found that you are in fact a wealthy property investor. What puzzles us is why would you bother to borrow £5,000 from us?”

The Scotsman replies: “Where else in London can I park my Ferrari for two weeks for only £15.41 and expect it to be still there when I return?”

Happy November! This crazy year is catapulting towards Christmas now and we’re making preparations to be with family and friends given  borders are tip-toeing towards reopening. As Bruce Springsteen sings on his wonderful new album,,” I’m alive and I feel the blood shiver in my bones….”

This month we look at the new season of The Crown, more renovation adventures and entertaining in a Covid world.  Thanks for travelling with me... Nora x